Metrics of Management: Part 4 of 4

Benchmarks, another set of eyes could be useful tools

Editor's Note: This article is Part 4 of a print-to-web series of articles, "Models of Management: Money, Metrics and Margins" that appeared on p. 24-29 of the February 2009 Farm Equipment. In that article, six Farm Equipment "Dealership of the Year" alums shared their approaches to four key areas (cash flow, interest costs, parts and service absorption and used equipment evaluations) that will impact their business' bottom line in 2009.

Accurate Evaluations: No Such Thing 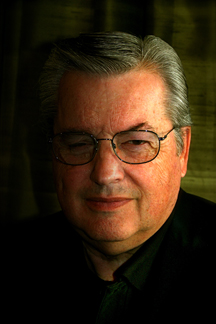 "There really is no such thing as totally accurate used equipment valuations," says Stan Jackson, Stan Jackson Consulting. "There are simply too many variables all in constant motion."

That said, Jackson cites some techniques that the "better dealers" use to limit the risk of investing in used equipment.

Of all the years of practice and all the trial and error, he says the best practice remains "slowly moving fast." In other words, says Jackson, "Take the time to do a thorough machine evaluation with proper dealership personnel, and then rapidly get whatever work needs to be done and get it on the lot fast. The two most often made errors in evaluation are allowing a too rapid evaluation and a slow fix-to-front-line."

Further, says Jackson, no evaluations should ever be done alone. "At the least, the service manager and salesperson should be present and should develop the estimate together," he says, advocating the presence of the customer and sales manager if available. "Handle evaluations as sales quotes in reverse, such as "Mr. Producer, here is my quote to purchase your machine. Notice the itemized detail, the thorough research and the length of time spent evaluating each segment of this machine.

George Keen, Currie Management Consultants, suggests that dealers use benchmarks from on-line used equipment databases - either captive or a third party. He also suggests contacting wholesalers to get the current wholesale value. "When you book the equipment on what you can currently get from a wholesaler, you are not overstating your inventory value," says Keen. "Thus, you know in a reasonable time you could liquidate it for this value."

Finally, Jackson says, pre-sell. "Pre-sold customers set the price for used. Use the rule of having at least three people in mind - each likely to buy the trade - before the trades are made. "Trite, I know, but it's still the best goal in the business for used equipment. If these techniques set a price unacceptable to the producer, offer to consign it free for 2 months."

Metrics of Management: Part 3 of 4

Number of Big Canadian Dealers Grows Over Past 4 Years

CNH Switch to FPT Engines Part of the Bigger Change