In this week’s episode, we take a look at how late planting will have implications across the entire ag supply chain. In the Technology Corner, Michaela Paukner examines Deere’s vision for autonomous farming. Also in this episode, Titan Machinery’s 1Q 2023 revenue increased nearly 24% and a look at what types of equipment growers are more likely to favor shortlines for over a unit from one of the majors. 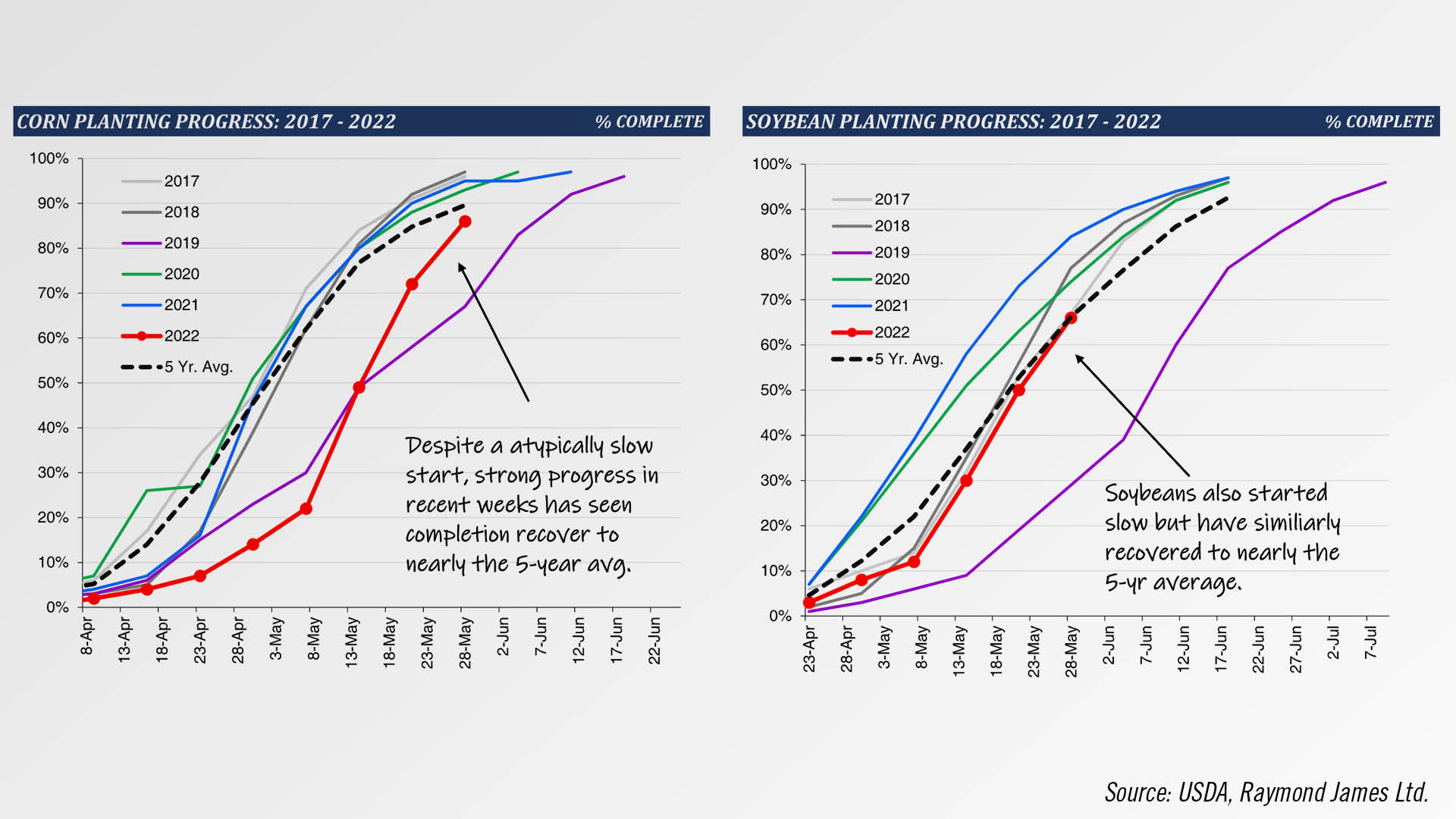 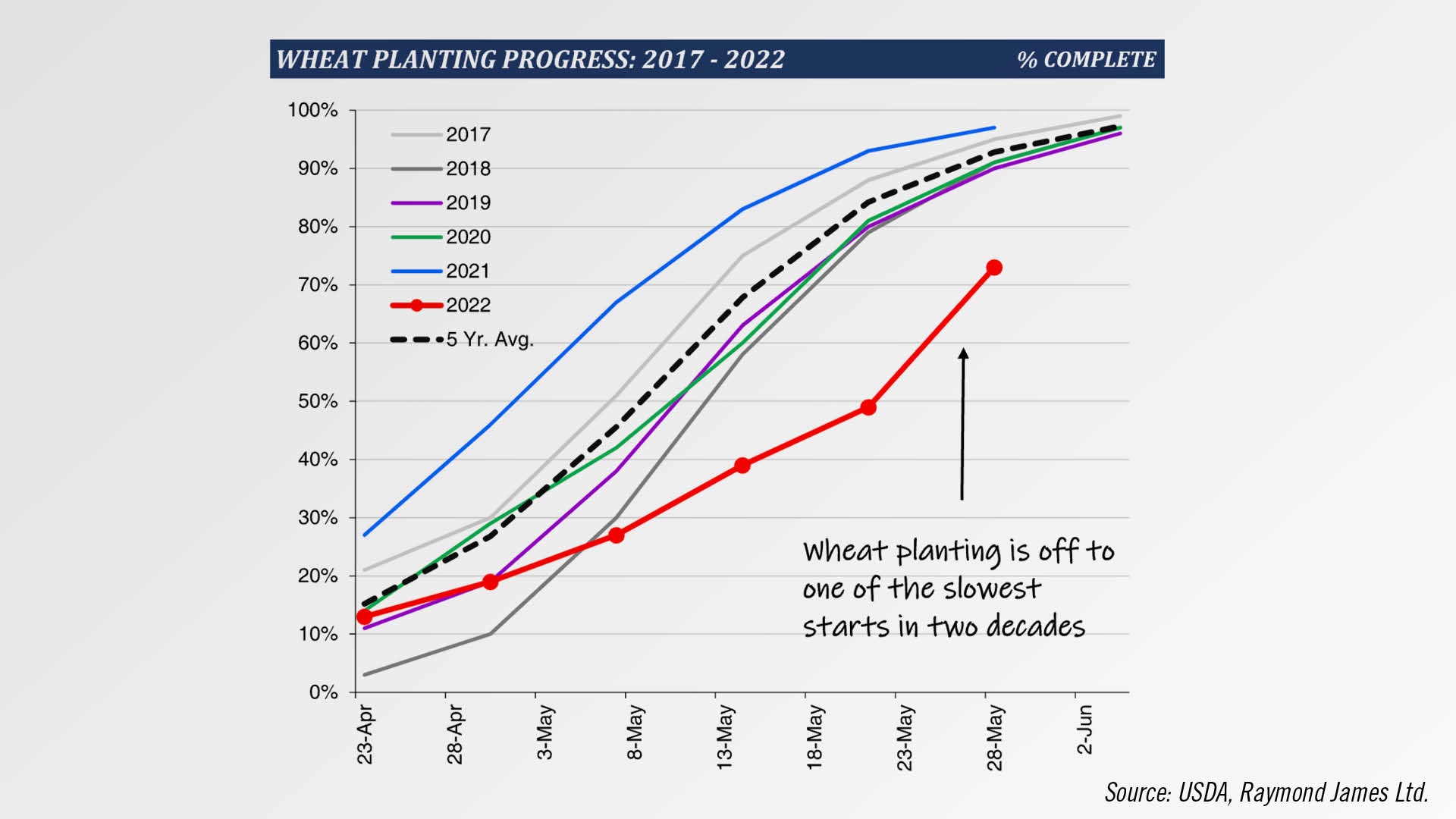 However, in Canada, while planting in Alberta has made strong progress in recent weeks, in Saskatchewan it has been particularly slow in the eastern half of the province due to excess moisture and flooding. 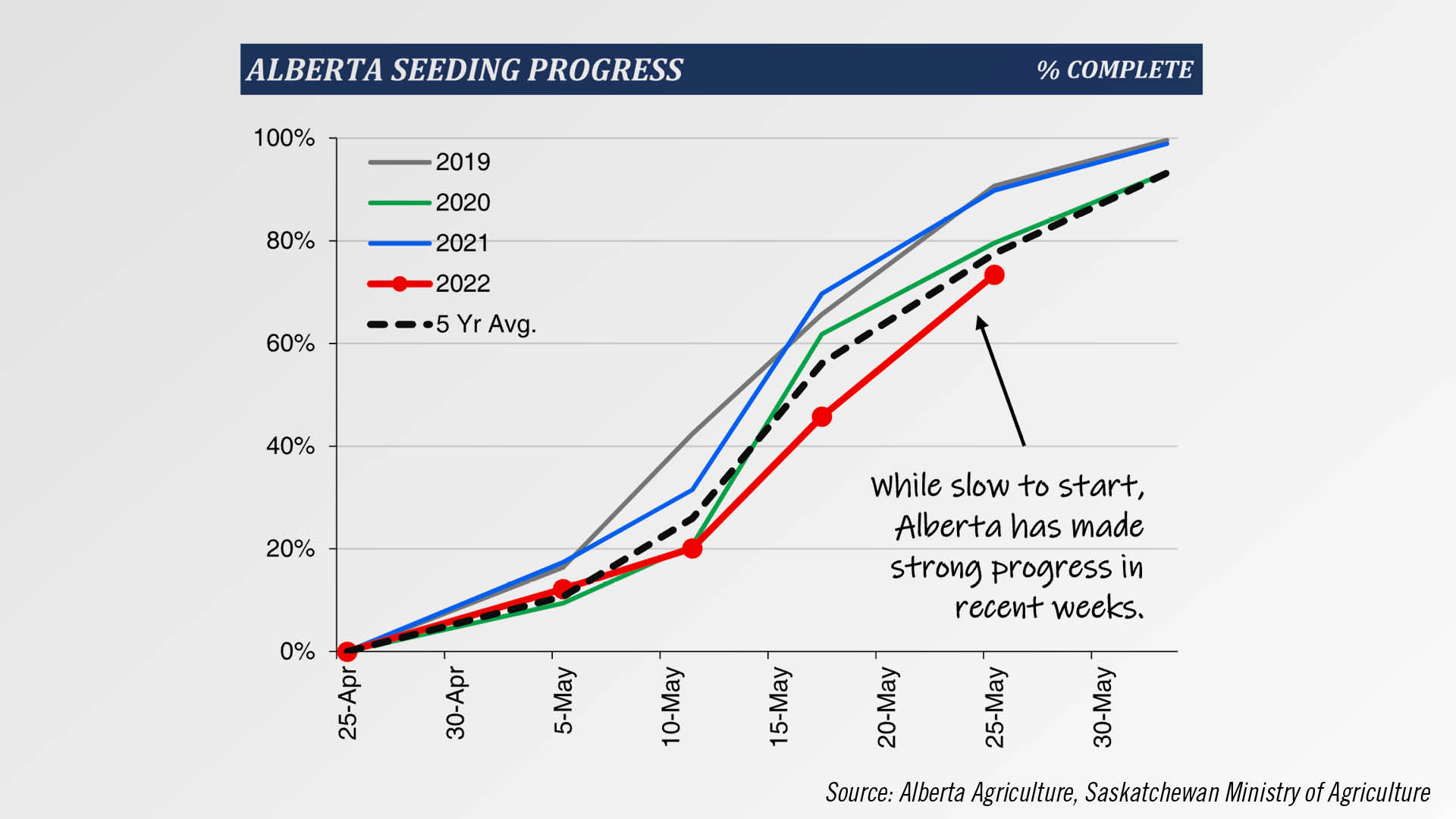 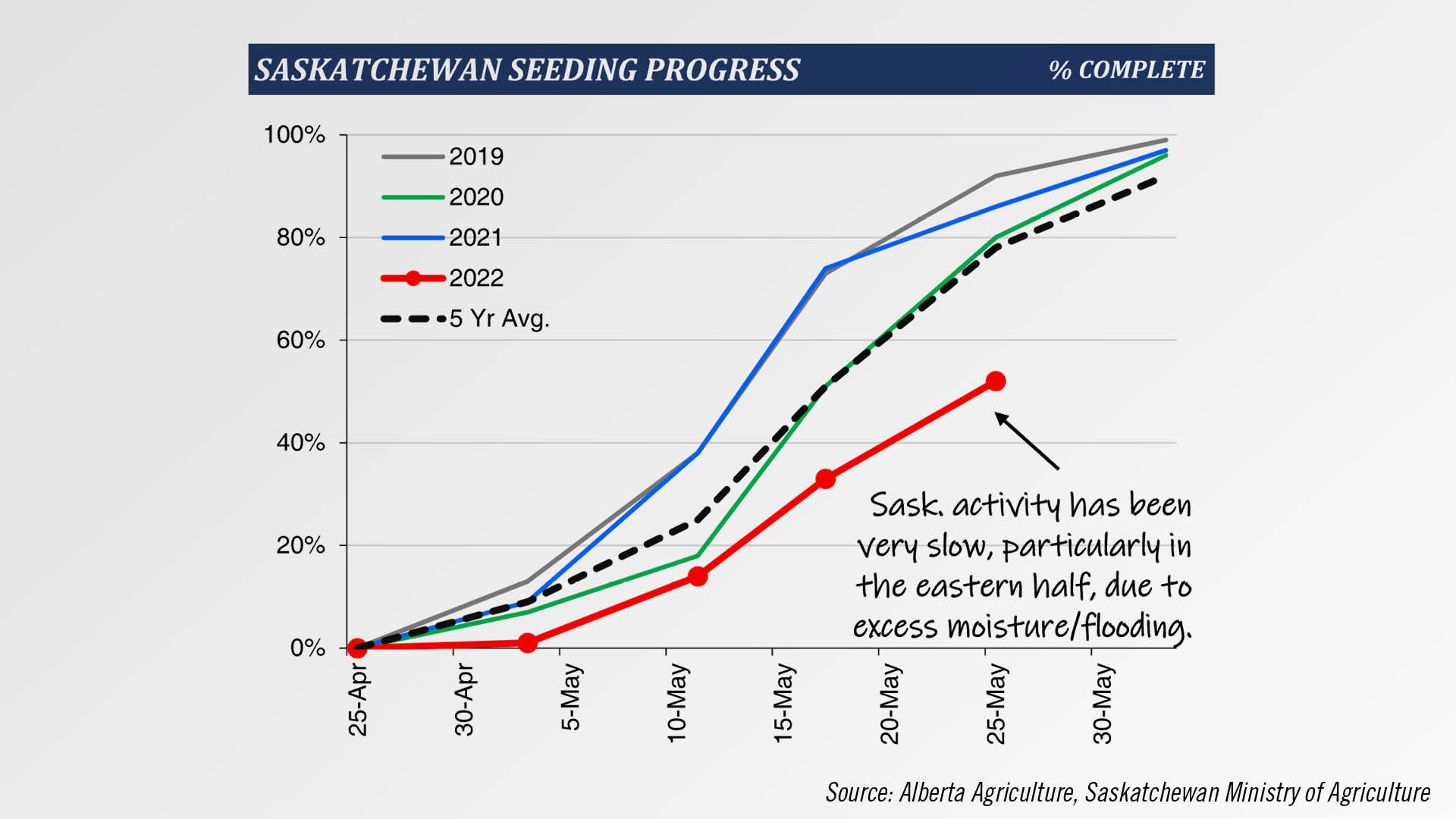 Hansen notes that While still too early to make a definitive call, industry data suggest atypically late plants are often associated with late harvests and below-average yields, ultimately raising questions about the size and quality of the 2022 harvest. And he says, it could have implications across the entire ag supply chain — from ag retailers and equipment dealers to the Canadian rails.

Hansen says the late plant is likely to push some equipment purchase decisions until growers have a better idea on what the crop will ultimately look like. For ag retailers, Hansen says while still expected to be robust, a portion of spring input demand will likely slip into the third quarter. And, a late fall harvest also raises the prospect of a narrower fall application window before winter hits.

AGCO dealer LMS Ag Equipment has broken ground on a new location in Steinbach, Man. This will be the dealership’s second location.

John Deere is sizing the addressable market from its technology offerings to be an incremental $150 billion.

To accelerate adoption of autonomy, Deere plans to include autonomous sensors in the base configuration of the 8R tractor in the next few years — with the goal of having an autonomy kit on every large tractor that ships.

The technology Deere is using to power its autonomous 8R tractor will eventually be deployed to the entire fleet doing other jobs, according to Igino Cafiero, CEO of Bear Flag Robotics, the autonomous driving technology startup acquired by Deere.

Cafiero says by 2030, Deere plans to have an autonomous system that can do spring tillage, planting, spraying, harvest and fall tillage in corn and soybeans.

Deere’s technologies paired with the large fleet of Deere machines in use worldwide gives the company the advantage of scale.

“With these 3 technologies — cameras, edge computing, machine learning — as well as the scale of our fleet, we’re able to develop new robotics and artificial intelligence products much faster than anyone in the industry, and this sets us up to unlock the $150 billion of incremental addressable market. Building on our 180-year-old roots as a world-class manufacturer, we are now set up to become a world-leading robotics and artificial intelligence company.”

Analysts at investment firm Stifel say capturing a portion of these markets is a key driver behind Deere’s target of 20% equipment operations margins by 2030.

The analysts write: “DE expects these technologies to ultimately help increase revenue from less-cyclical recurring revenue from technology solutions priced on a per-acre basis as well as additional aftermarket opportunities. DE sees potential for these less-cyclical revenue to reach ~40% of total over time and account for an even greater portion of overall earnings.” 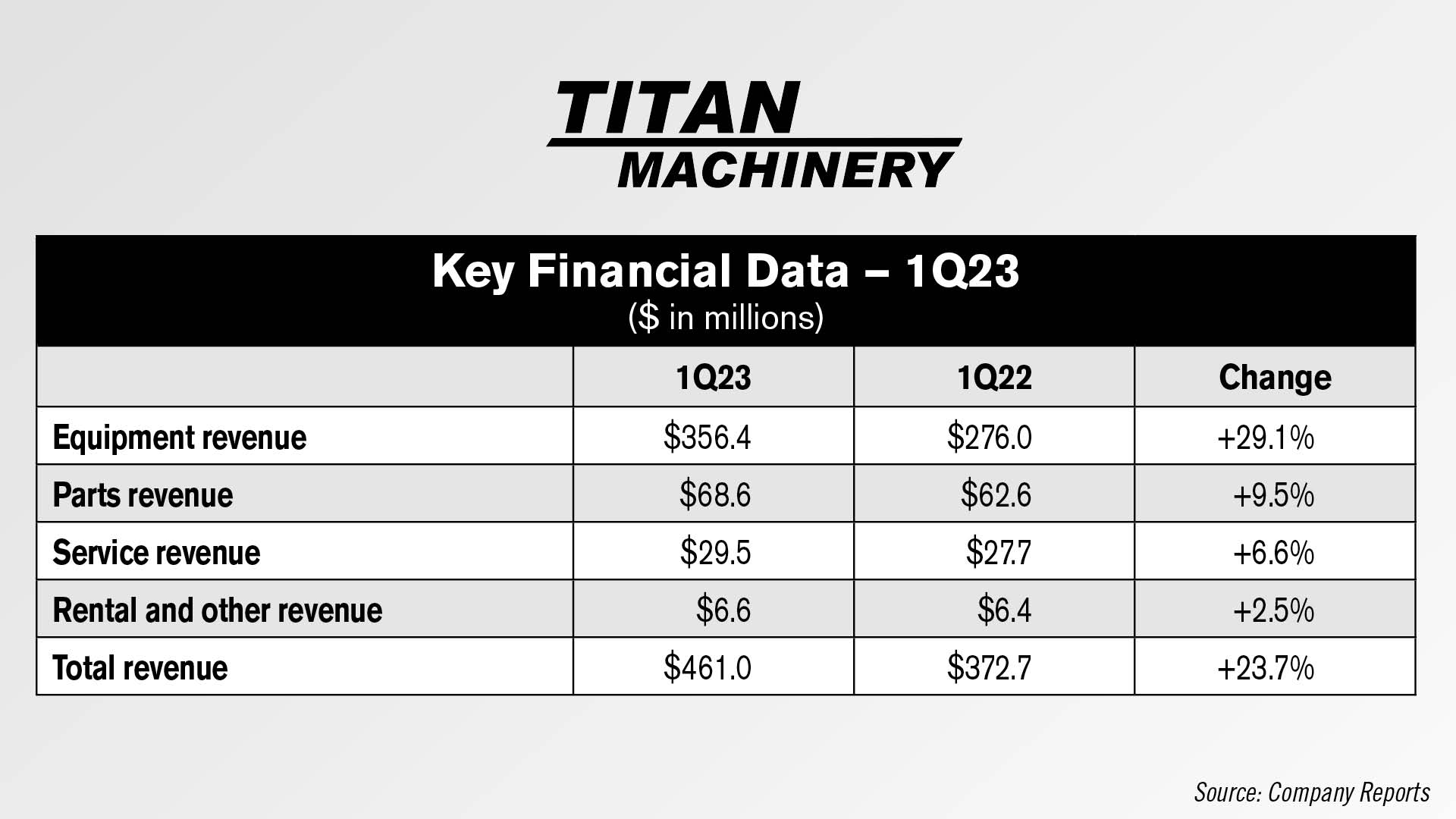 Agriculture revenue for the first quarter of fiscal 2023 was $318.5 million, compared to $229.6 million in the first quarter last year. Chairman and CEO David Meyer said during the earnings call, "At the segment level, our agriculture segment benefited from robust demand which was supported by an increase in equipment deliveries from our suppliers following a delay in fiscal fourth quarter 2022.”

CFO Bryan Knutson noted that both new and used equipment demand is the highest the dealership has seen in decades. 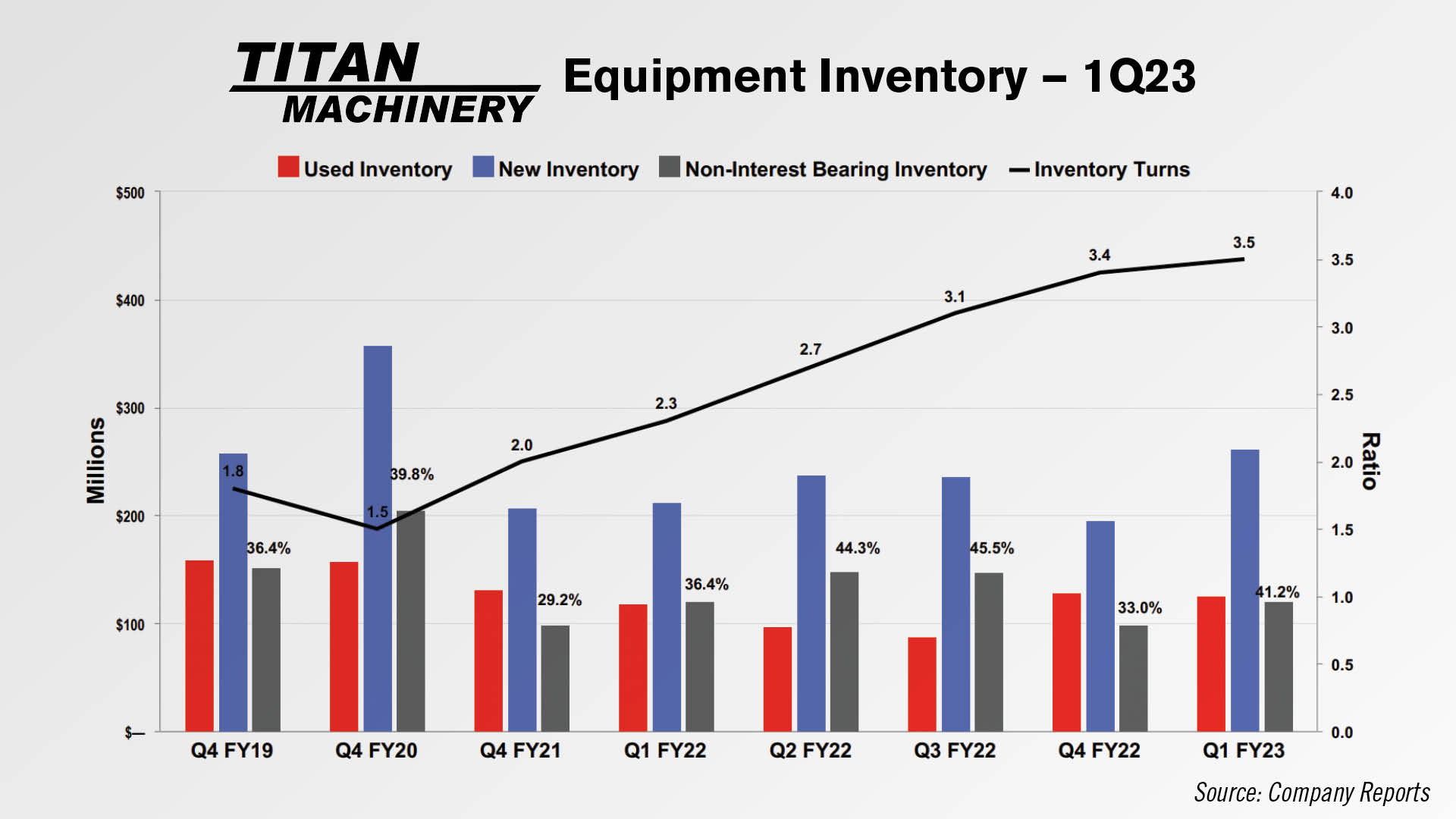 When asked for their primary reason to purchase a shortline product over a major line’s, 42% of farmers said price. This was in line with the 42% who selected this option in last year’s shortline survey.

The second most popular reason was a lack of comparable products made by majors at 24%, up from the 21% last year. Some 15% of growers said a shortline’s experience in a niche area was their top reason to pick that brand, down from 18% last year.

Among write-in responses in the “other” option, farmers mentioned the build quality, ease of repair and proximity to their dealer as reasons to go with shortline equipment. 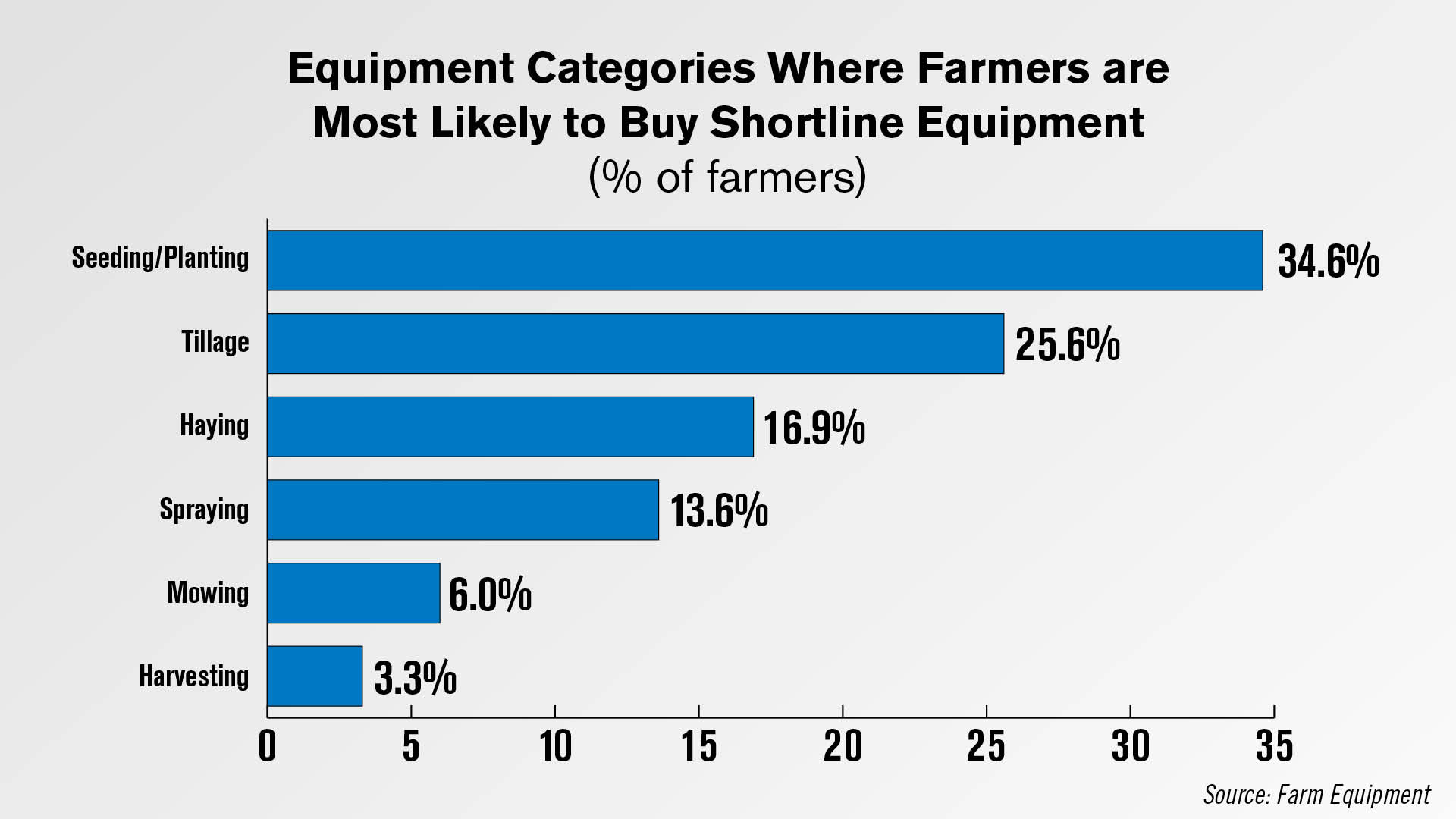