According to results from Purdue University and CME Group, for the third month in a row, agricultural producer sentiment weakened in October as the Ag Economy Barometer declined to 121, 3 points lower than a month earlier. The modest decline in the overall sentiment index occurred as a result of producers’ weaker perceptions regarding both current and future conditions in the production agriculture sector. The Index of Current Conditions declined 5 points to 140 in October while the Index of Future Expectations fell to 114 from 116 a month earlier. Recent weakness in farmer sentiment appears to be driven by a wide variety of issues, with concerns about input price rises topping the list. 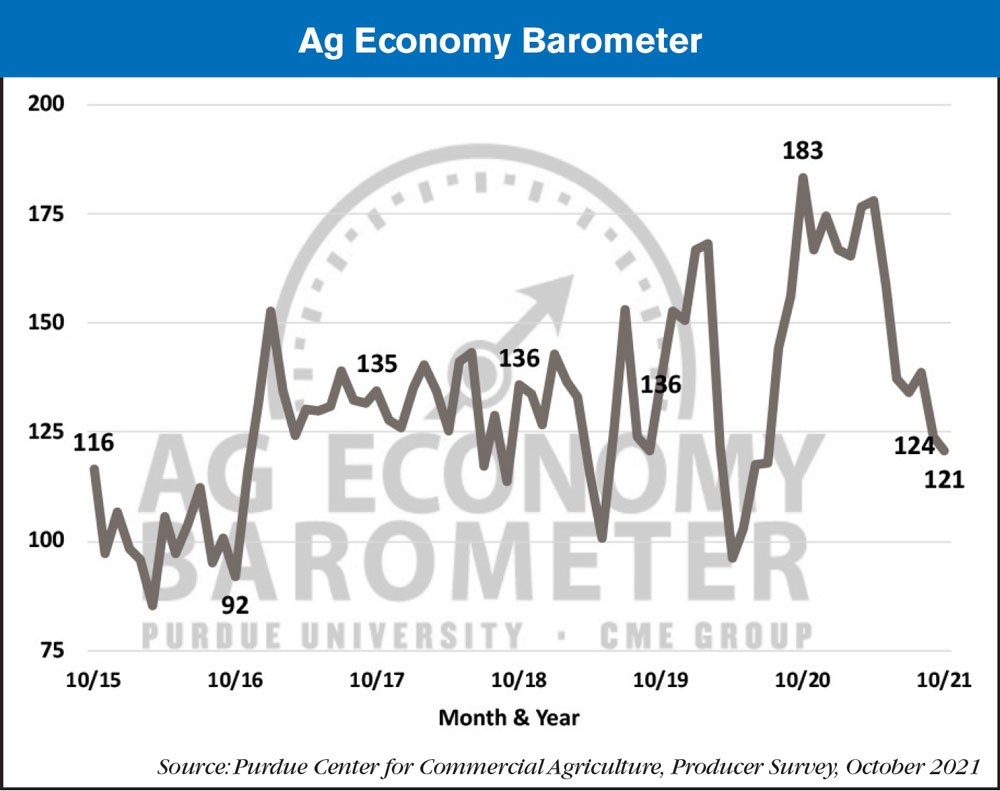 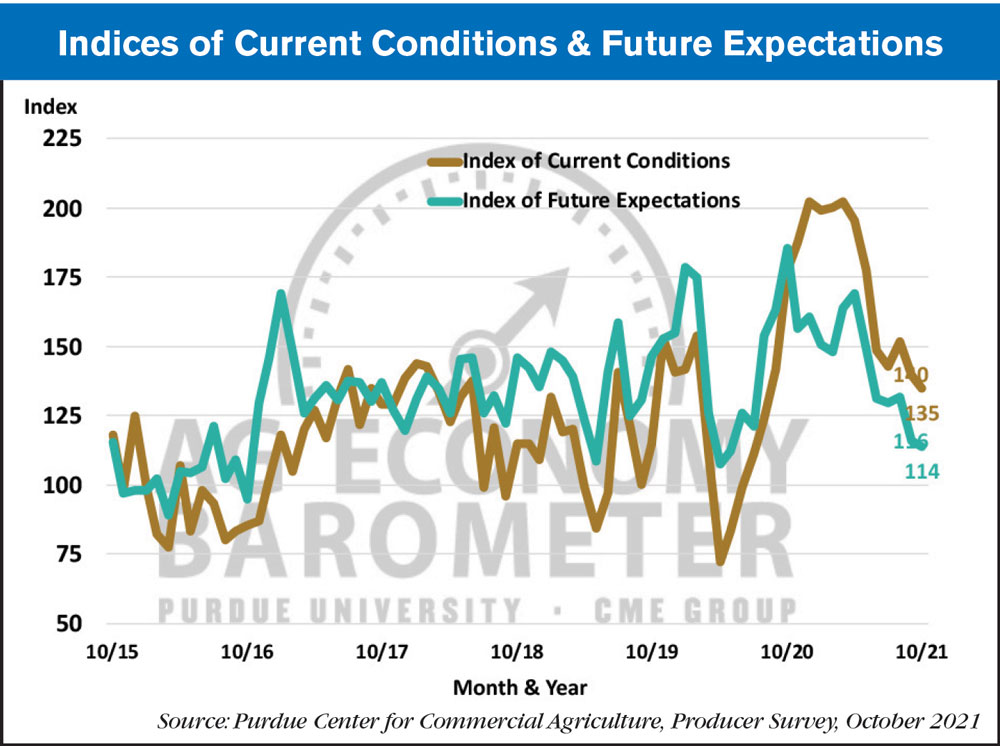 There was a modest improvement in the Farm Capital Investment Index in October, rising 3 points to a reading of 46 compared to 43 in September. The investment index’s small improvement this month still leaves it 50% lower than the very optimistic level that existed at the start of 2021. Notably, tight machinery inventories continue to hold back producers’ machinery investment plans as nearly four out of ten respondents said their machinery purchase plans were impacted by low farm machinery inventory levels. The small upward shift this month was primarily attributable to fewer producers saying they planned to reduce their machinery purchases compared to a year earlier. Weaker construction plans among producers this month weighed on the investment index as the percentage of producers planning to increase building and grain bin construction on their farms fell to 10% in October vs. 13% a month earlier. 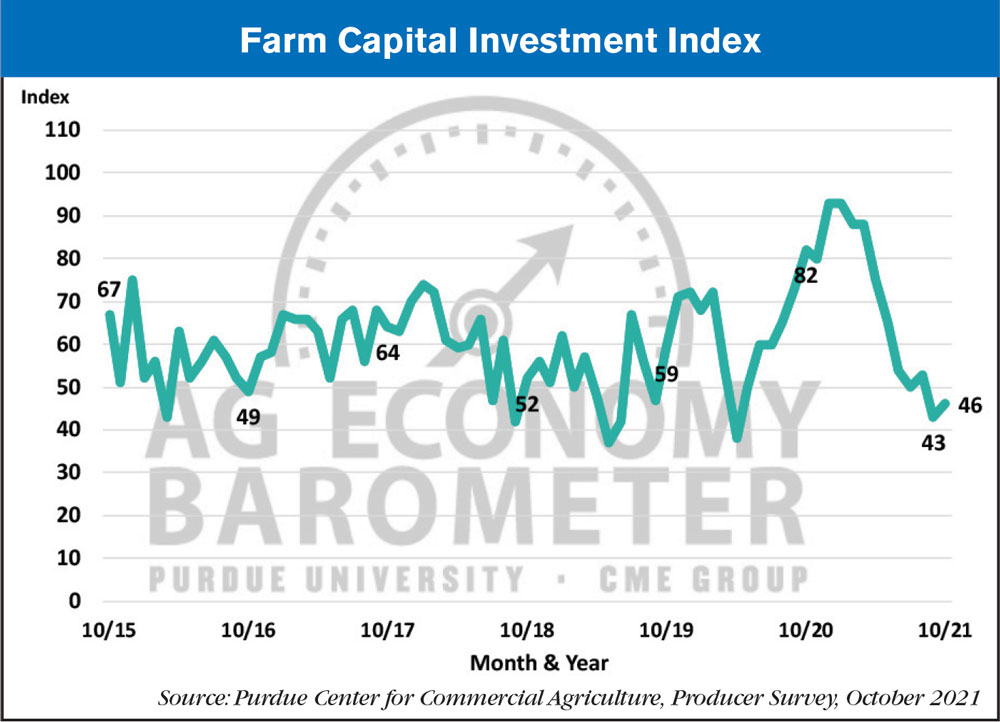 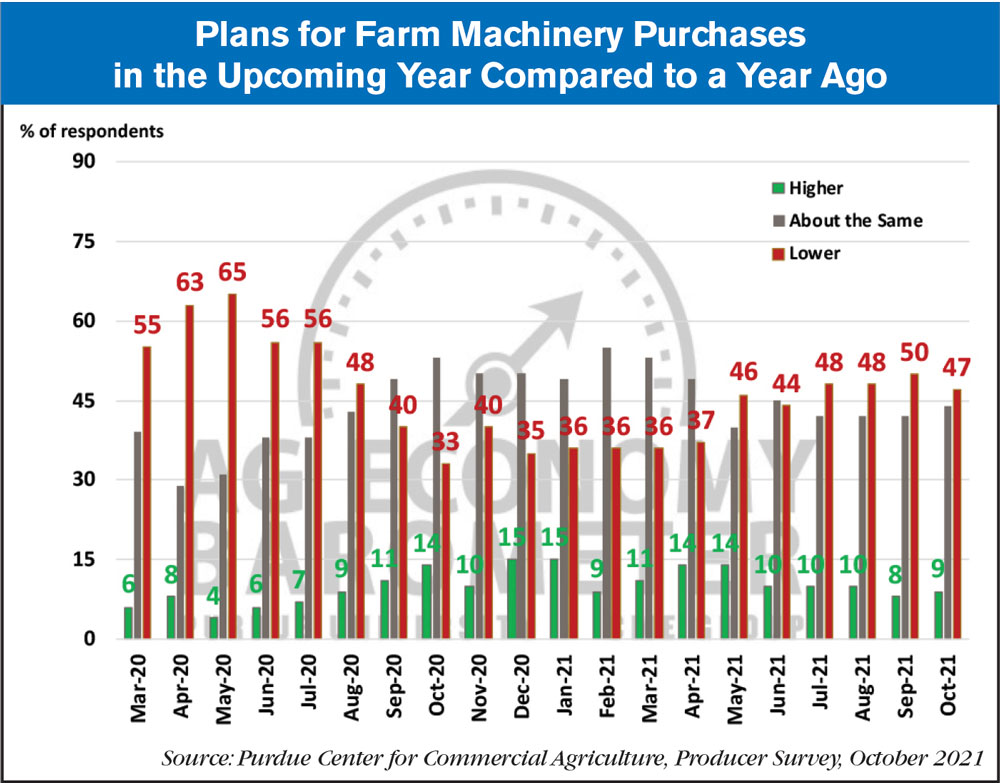