Sentiment among agricultural producers weakened in September as the Ag Economy Barometer declined 14 points to a reading of 124. This is the weakest farmer sentiment reading since July 2020 when the index stood at 118. Producers were less optimistic about both current and future conditions on their farms and the agricultural sector than they were a month earlier. The Index of Current Conditions declined 12 points to 140 this month, while the Index of Future Expectations fell 16 points to 116. This month’s Future Expectations Index reading was its lowest since May of 2020 when the nation was still in the throes of the pandemic’s first stage. 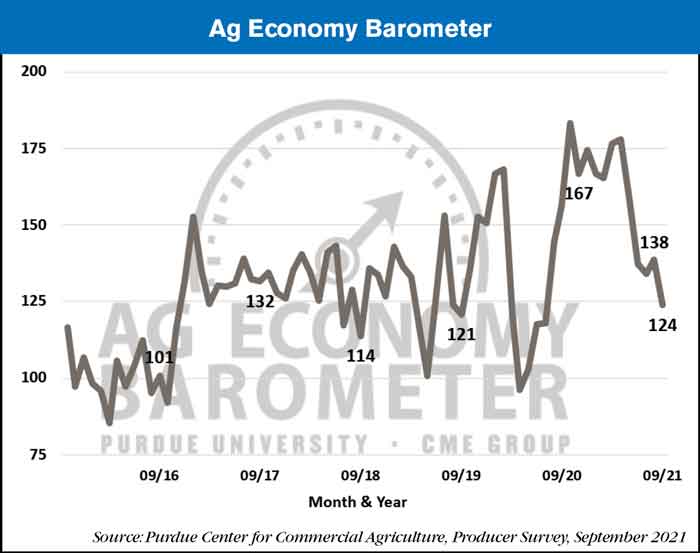 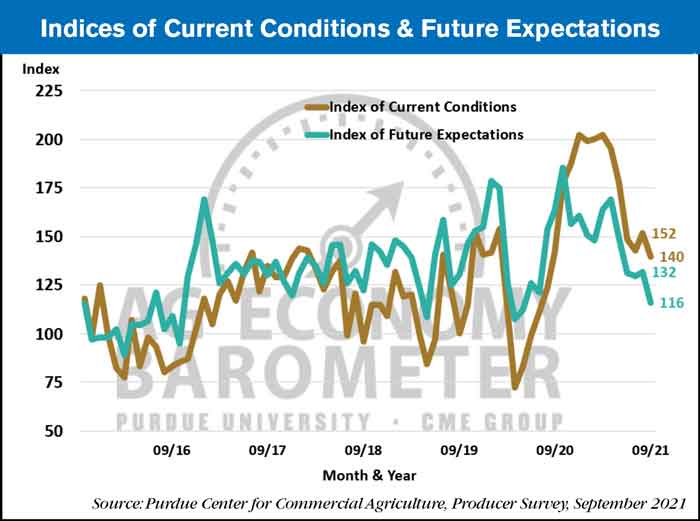 The Farm Financial Performance Index, with a reading of 110, was unchanged from a month earlier, but there was a shift among producers in their responses used to compute the index. Fewer producers said they expected their farms’ financial performance to be about the same as last year, while the percentage of producers expecting both worse and better performance rose. The percentage of farms expecting better performance, 36%, was four points higher than last month and the highest since May. The percentage of farms expecting worse financial performance also rose 4 points to 26%, in line with expectations earlier this summer, but substantially higher than in May when just 16% of farms said they expected worse performance this year than last. The difference in expectations among farms could reflect differences in how individual farms managed risk in a period of rapidly fluctuating commodity prices.

The decline in farmer sentiment was reflected in a weaker Farm Capital Investment Index. The index declined 10 points to a reading of 43, which was the lowest value for the investment index since April 2020. Moreover, the investment index is now down more than 50% since the beginning of the year. Farmers’ plans for machinery purchases were somewhat weaker than in August with just 8% of respondents planning to increase purchases in the upcoming year, down from 10% last month. This month’s survey included a new question to capture the impact of supply chain challenges in the farm machinery industry on investment plans. Over half (55%) of respondents said that their farm machinery purchase plans have been impacted by low farm machinery inventories, which helps explain weak sentiment regarding whether or not now is a good time to make large investments in their farm operation. One bright spot was an improvement in farmers’ plans for new construction. New construction plans rose this month with 13% of respondents expecting to increase construction of grain bins and farm buildings compared to 8% expecting those purchases to rise on the August survey. 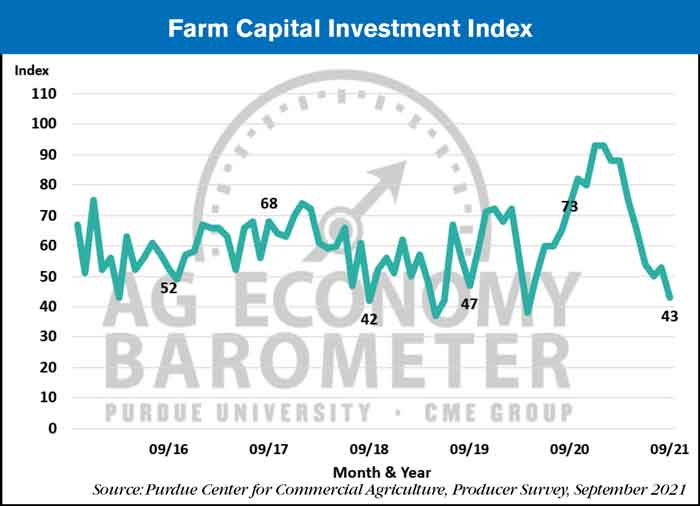 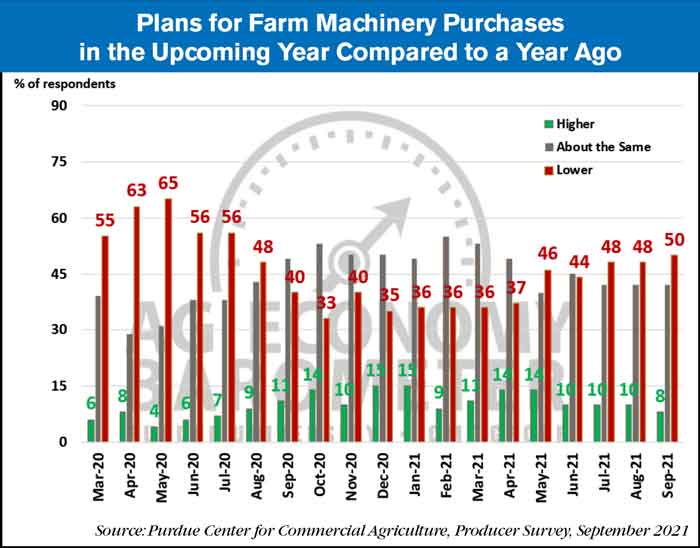