According to a study on precision agriculture conducted by the Assn. of Equipment Manufacturers, the American Soybean Assn., Crop-Life America and the National Corn Growers Assn., the environmental benefit of precision ag technology fuel efficiencies is similar to taking 200,000 cars off the road ever year.

The study, which is geared toward educating the general population about the benefits of precision ag technology, notes that cultivating an estimated 10.2 million acres of cropland was avoided due to more efficient use of existing land. That is the equivalent to 3.5 Yellowstone National Parks. 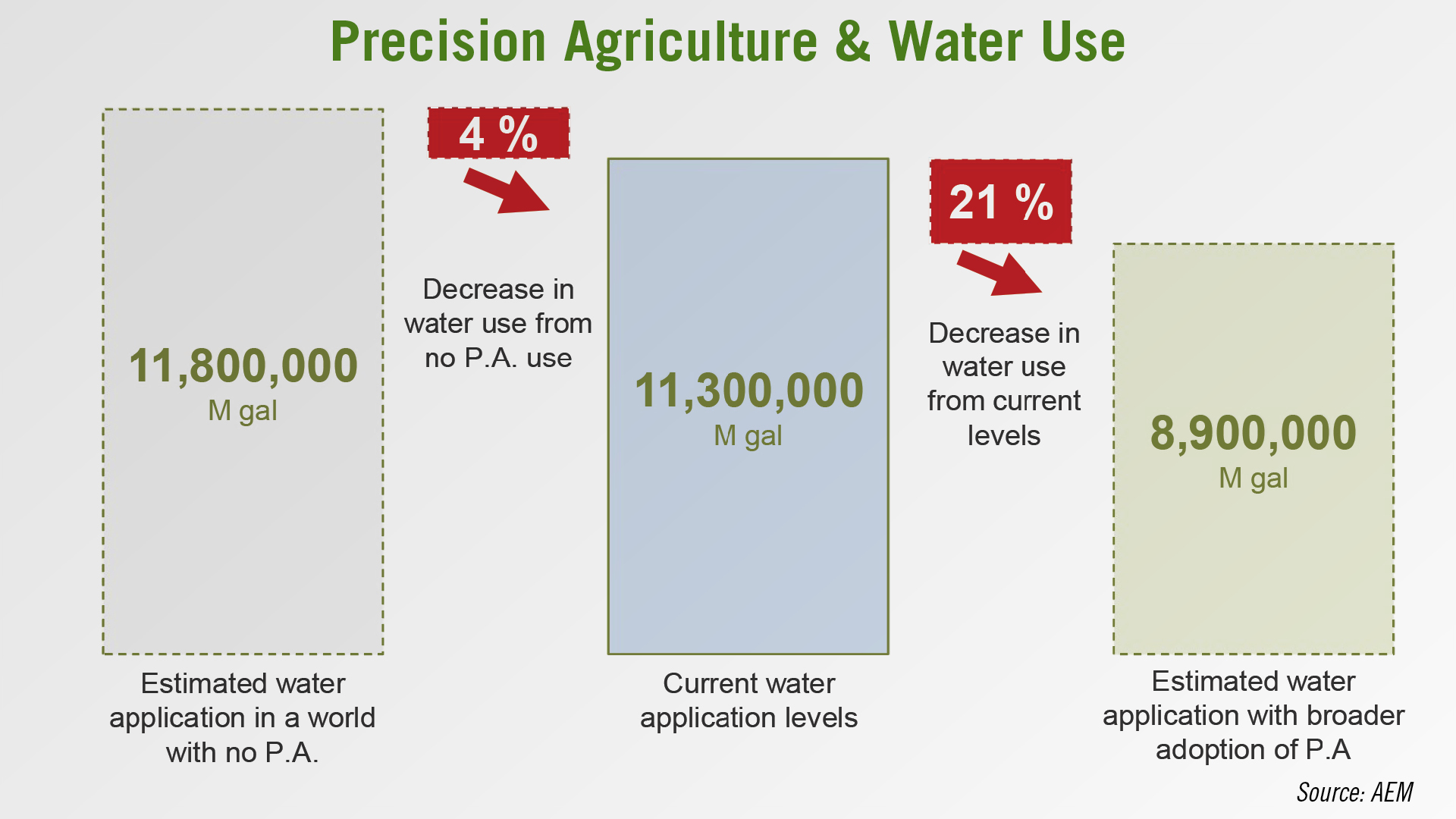 According to the study, productivity has increased an estimated 4% as a result of current precision farming adoption and has the potential to increase another 6% with broader adoption of precision technology.

Curt Blades, senior vice president of ag services for AEM, says the biggest opportunity with the most immediate need right now, however, may be in precision irrigation control.

The Western U.S. is currently facing the worst drought it has experienced in more than a millennium according to the U.S. Drought Monitor.

Already, the combination of variable-rate precision irrigation technology and soil moisture sensors is saving the equivalent of 750,000 Olympic-sized swimming pools of irrigation water per year, according to the study.

However, with full adoption, the U.S. could increase water savings an additional 21%, or nearly the equivalent of Cayuga Lake, the second largest of the Finger Lakes in Upstate New York.

But, to realize some of this additional savings and environmental advantages, the U.S. needs more bandwidth, Blades says. Enter the push for rural broadband and an infrastructure bill.

“The ag industry has been very loud with anyone that will listen to talk about how wireless in the future is needed for precision ag adoption. And I’ll credit this study for changing the hearts and minds of some of those folks that are writing those bills to say, it’s not just to the anchor institutions and the houses, but it’s also wireless in the field and they’re listening because they recognize that there’’ a bigger societal gain. If you’ve got that wireless in the field, like we want, that allows for all kinds of things to happen.”