According to a recent report from the Federal Reserve Bank of Kansas City, agricultural debt at commercial banks continued to decline in the first quarter of 2021 and farm loan performance improved.

Both real estate and production loans decreased, reducing farm debt by more than 5% from a year ago and contributing to a decline in the number of banks classified as agricultural banks. The reduction in agricultural loan balances was less pronounced among banks most concentrated in agriculture, driven by modest growth in real estate debt among those lenders. Delinquency rates on farm debt dropped notably from a year ago and, alongside strong earnings, profitability at agricultural banks improved from the end of last year.

The outlook for agriculture remained strong heading into the summer months. Robust demand for key farm commodities continued to support strong prices and optimism across the sector. Increases in production costs and persistent drought in many regions lingered as concerns, however; and profitability for cattle producers remained narrow. Overall, strength in aggregate conditions and lasting support of government aid and lending programs have continued to limit increases in farm debt and ease agricultural credit stress. 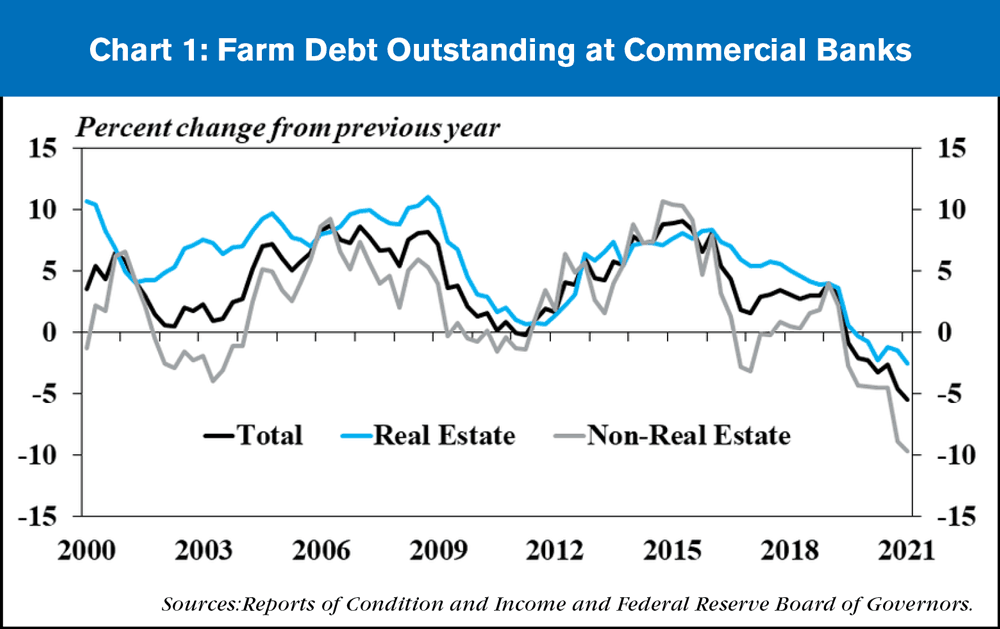 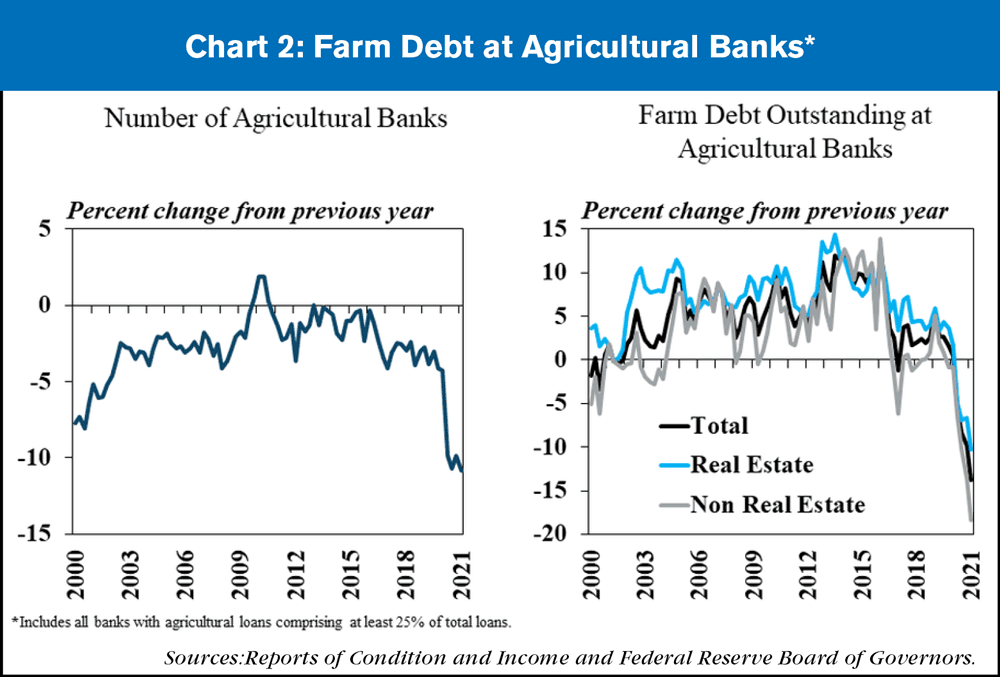 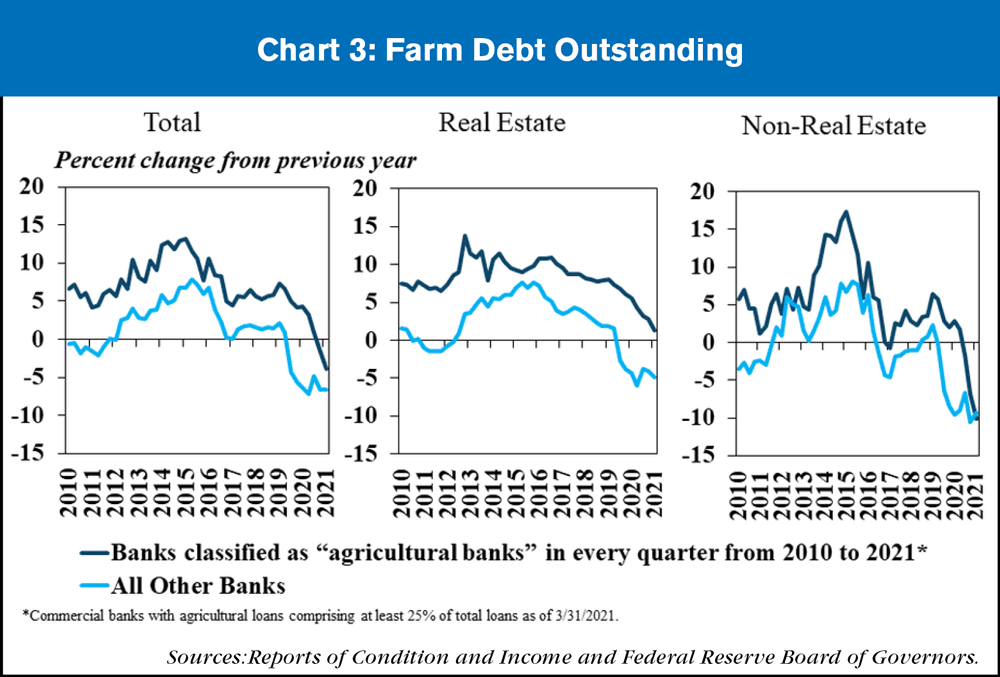