U.S. farmers' sentiment weakened following the November 2020 elections, as the Purdue University-CME Group Ag Economy Barometer fell 16 points from a month earlier to a reading of 167. Although this month’s reading was nearly equal to the pre-pandemic high set back in February, it was 9% lower than the sentiment reading taken just two weeks prior to the 2020 elections. The decline in the Ag Economy Barometer was the result of weakened expectations for the future on the part of agricultural producers, as the Index of Future Expectations declined to a reading of 156 in November, 30 points below the October reading. On the other hand, farmers perception of current conditions on their farms actually improved. The Index of Current Conditions, buoyed by the ongoing rally in agricultural commodity prices, rose by 9 points from October to November setting a new record high for the index of 187. The Ag Economy Barometer is calculated each month from 400 U.S. agricultural producers’ responses to a telephone survey. This month’s survey was conducted from November 9-13, 2020. 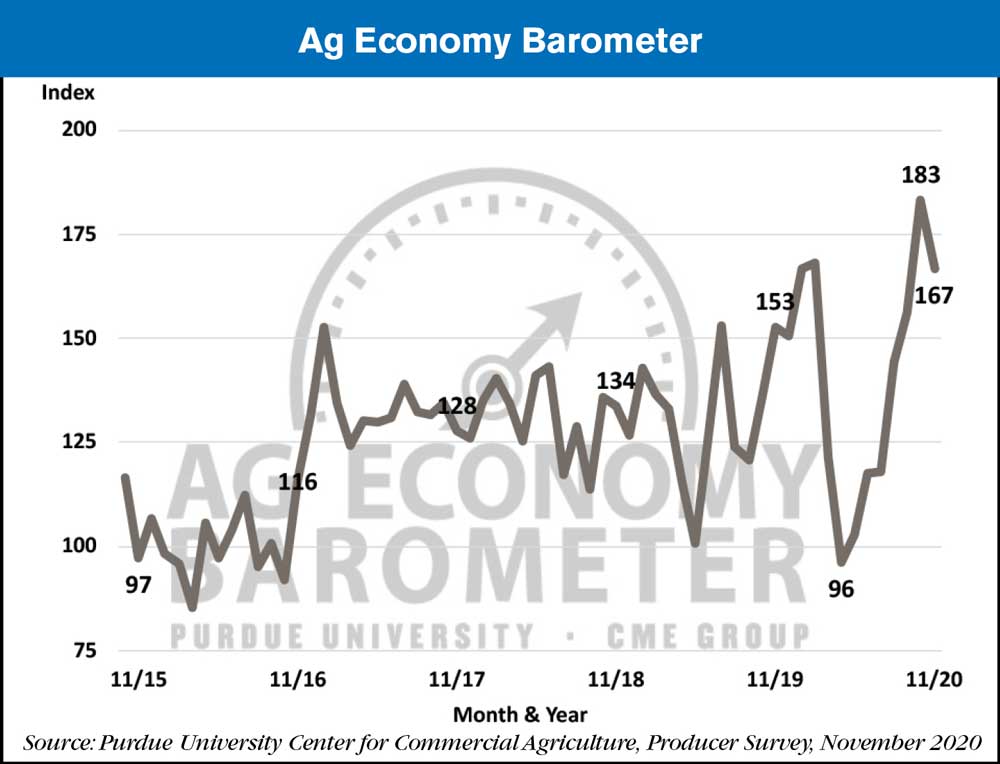 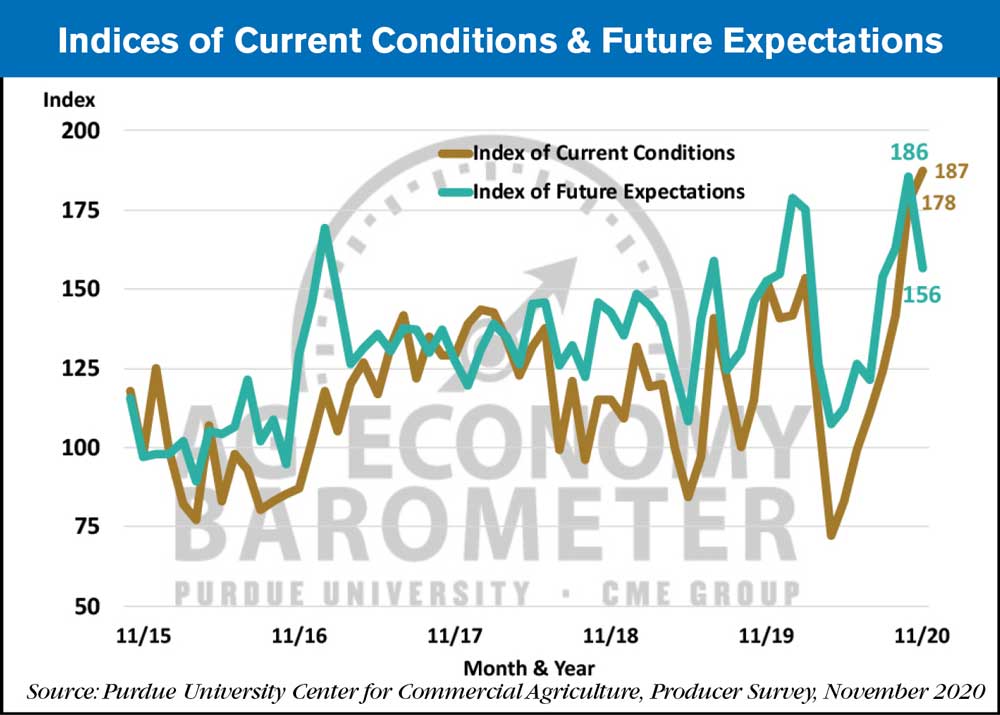 Although farmers’ expectations for the future weakened, they remained relatively optimistic about making large investments in their operations, as the Farm Capital Investment Index changed little in November with a reading of 80, just 2 points below the index’s record high set back in October. However, when asked more specifically about their plans with respect to farm machinery purchases, survey respondents pulled back somewhat in November compared to October. In this month’s survey, 10% of farmers said they planned to increase their farm machinery purchases compared to a year earlier, down from 14% who planned to increase purchases back in October. At the same time, the percentage of farmers planning to keep their machinery purchases even with a year ago, fell from 53% to 50% on the November survey, while the percentage of respondents planning to reduce their purchases rose from 33% to 40%. 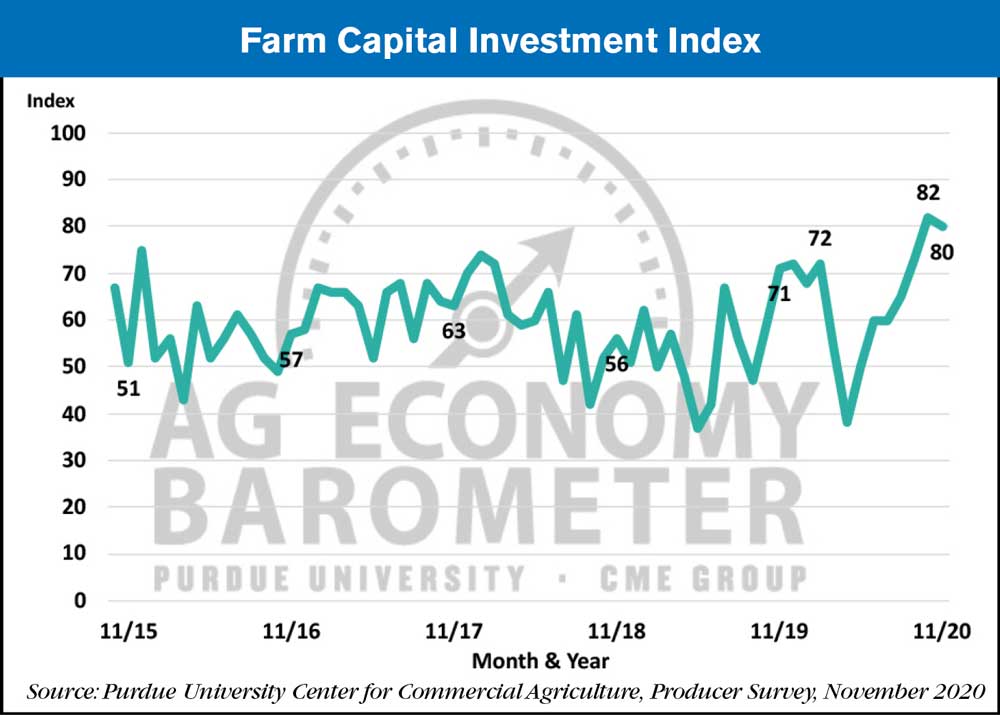 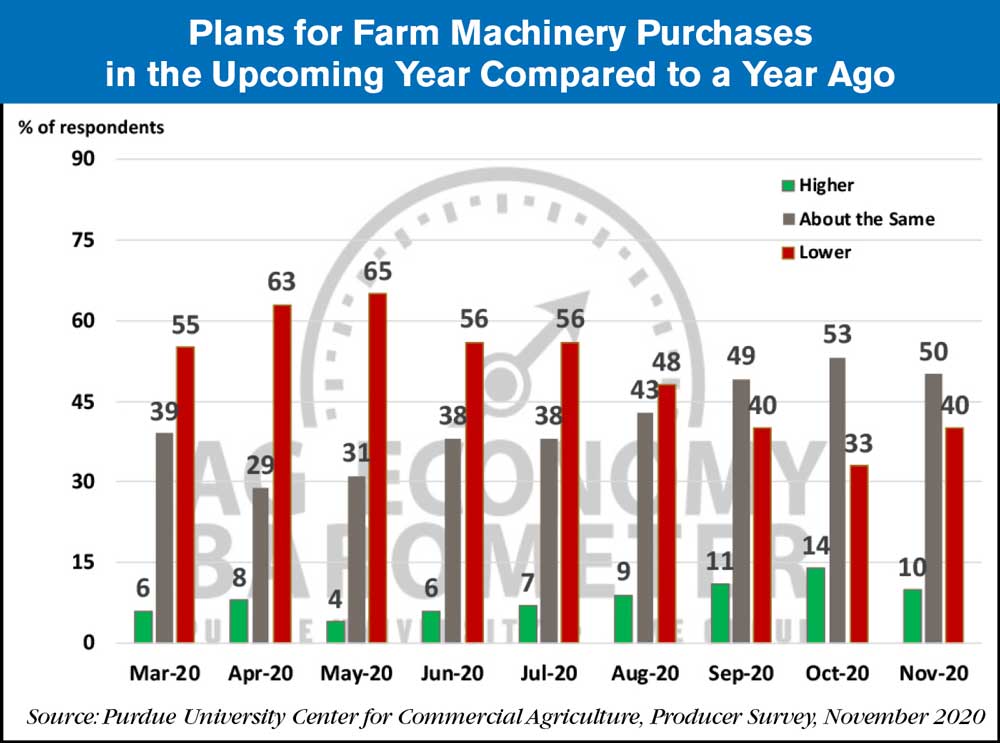 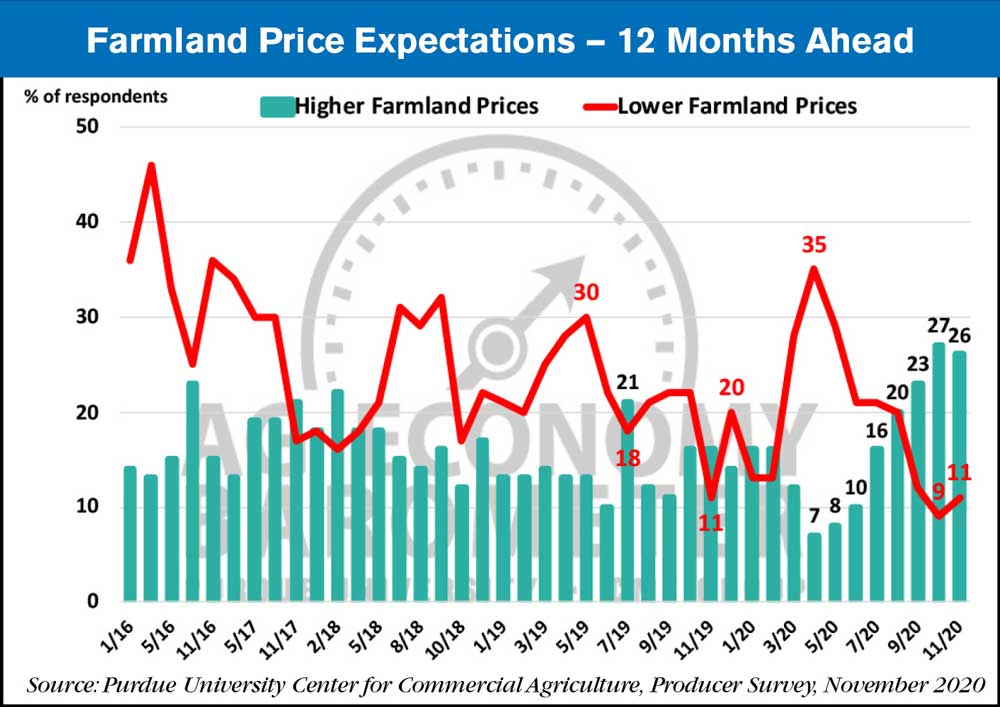