The latest episode of On the Record is now available! In this week’s episode, we discuss the See & Spray technology that Deere showcased at the Consumer Electronics Show in Las Vegas. In the Technology Corner, Jack Zemlicka explores how dealerships can rethink how they determine and define precision roles. Also in this episode: Claas’ fiscal 2019 revenues, growth in the telescopic handler market in France and some of the results of Rural Lifestyle Dealer’s annual Dealer Outlook & Trends survey.

Deere & Co. has big plans to differentiate itself from its competition and much of the company’s effort is aimed at introducing precision farming technologies that will reduce farm input costs.

During the Consumer Electronics Show in Las Vegas earlier this month, Deere provided analysts with a look at some of the technologies it will be rolling out, possibly as early as 2021.

According to Stanley Elliott, analyst with investment bank, Stifel, one of the technologies Deere is touting is the See & Spray learning and vision technology it acquired from Blue River Technology, which, he says, “is as a differentiator within the industry.” 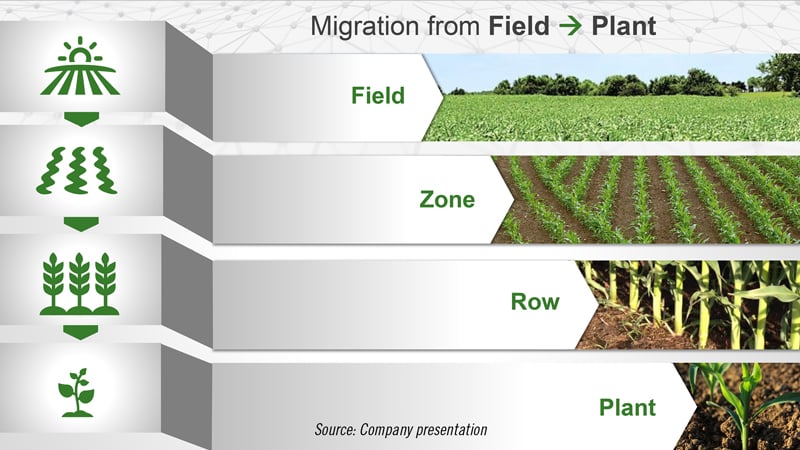 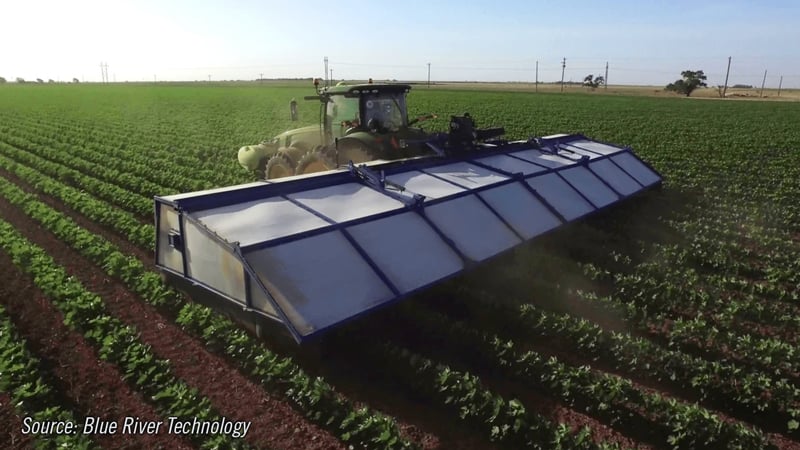 With the capability to detect differences between plants and soil, See & Spray technology only applies herbicide to individual plants, rather than an entire field. This, Elliott says, is expected to drive a 40-50% reduction in herbicide usage. Future versions of See & Spray are expected to be able to differentiate between crops and weeds, allowing a sprayer to only apply herbicides to weeds. This, according to Stifel analyst, would lead to a 70-90% reduction in herbicide usage compared to current practice.

This technology could reduce the need for other spray applications including pesticides, fungicides and fertilizer. “Precision around these spray applications also has potential to reduce the number of traits in seed,” says Elliott. “Herbicides, pesticides, fungicides, fertilizer and seeds together account for about 50-70% of a farmer’s variable costs while machinery depreciation and maintenance only accounts for about 10%.

Elliott says, “Over time, we see the potential for farmers to dramatically decrease the mix of input costs from [these inputs] while at the same time dramatically increasing input cost mix on machinery depreciation, maintenance and software.

“By leveraging technology from Blue River, Deere could significantly increase its addressable market by becoming a materially higher mix of a farmer’s budget as spending on inputs is ‘swapped’ into Deere’s machinery and software.”

This week’s Dealers on the Move include Shoemaker Irrigation Supply, Southern Sales, AgriVision and Pape Machinery.

AgriVision has broken ground on a new dealership in Sioux Center, Iowa. This will be the 8th location for the John Deere dealership.

Rethinking the Roles of a Precision Team

What will the precision farming specialist of the future look like? How different will their role be within a dealership?

As new technologies mold the business model of many ag equipment dealerships, the responsibilities of precision staff are evolving as well, with more emphasis placed on service-centric revenue and data-driven decisions for customers.

Dealerships will likely need to redefine the “why” and “how” of their precision teams, according to business consultant Jim Henderson, influenced by rapid advancements in ag tech and taking cues from industries outside agriculture to adapt and grow their businesses.

At this month’s Precision Farming Dealer Summit in St. Louis, Henderson shared lessons learned from advising entrepreneurs in the early stages of launching start-up companies and how those lessons can be adapted to the precision ag industry.

One takeaway emphasized by Henderson was the need for businesses to rethink how they determine and define precision roles.

Get more takeaways and insight from the 5th Annual Precision Farming Dealer Summit at PrecsisionFarmingDealer.com.

In the year that Claas completed the transition from harvesting specialist to full line supplier in North America, the German group recorded sales revenues at a level similar to the prior 12 months but saw profitability plunge almost 40% in a challenging market. 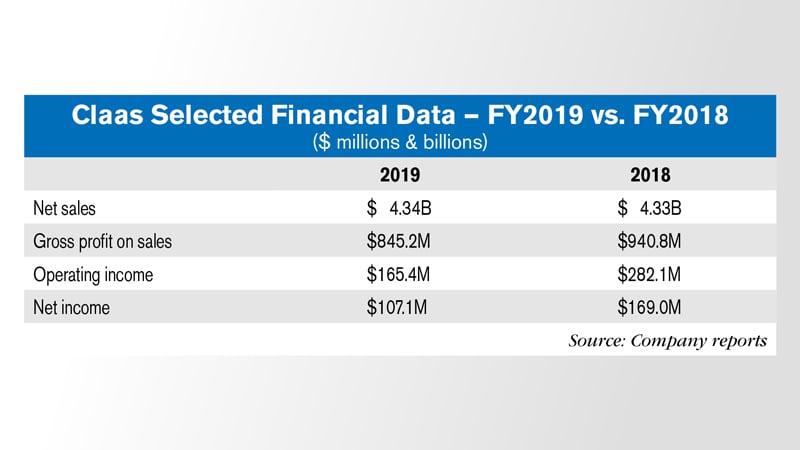 R&D expenditure reached a record high of $270.8 million, up $12 million or more than 4%, as Claas worked through an extensive development and pre-series evaluation program for its latest Lexion combines. 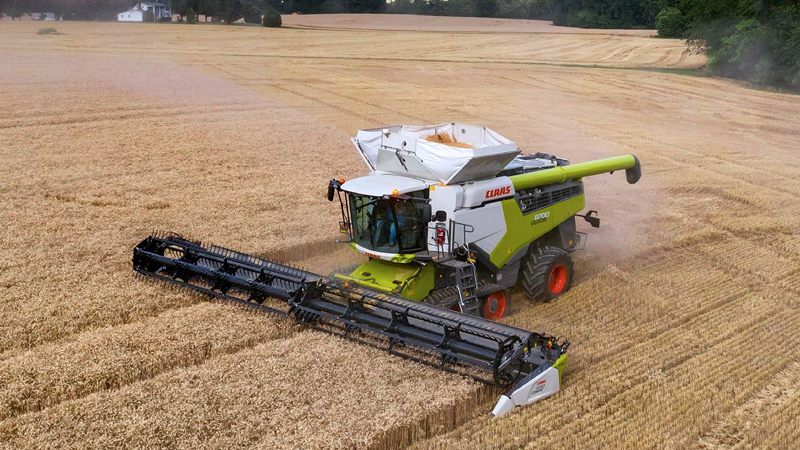 The Lexion range turned from yellow and black to Claas green in North America for the first time, but the color of the machines rolling off the final assembly line at Claas’ Omaha, Neb., plant is not the only thing the company has changed.

According to its annual report, improvement in marketing, sales and distribution activities in North America has been a key goal, in part because of the growing product line.

Claas made a cautious entry into the North American tractor market, focusing on its top horsepower Xerion 4WD tractors initially, but the long anticipated introduction of more models came into being at the 2019 Farm Progress Show in August with full commercial launch of Axion 200-440 horsepower conventional tractors.

Telescopic Handler Sales on the Rise in France 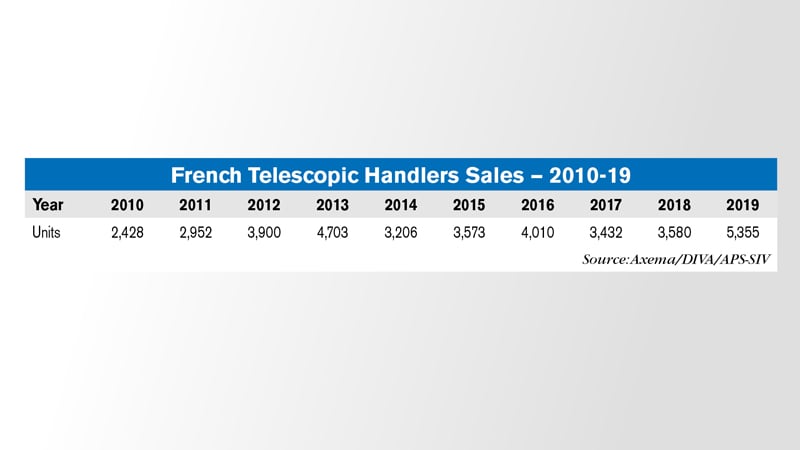 Raw government data shows registrations of 5,355 machines last year, up more than 50% from 2018. Axema’s adjusted figure of 5,155 registrations still sets a new record for the size of the telescopic handler market in France, being more than 9.5% ahead of the 4,700 units registered in 2013. 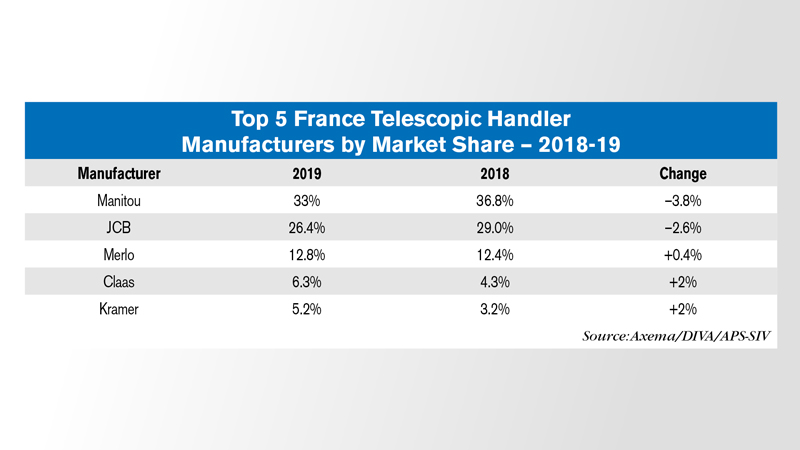 In France, domestic manufacturer Manitou achieved a 33% market share in 2019 according to government registrations, down 3.8% from the prior year, with JCB in the second slot with 26.4% market share (down 2.6%).

Bobcat and Massey Ferguson each earned a 4% market share last year, effectively giving Bobcat an 8% share, as it manufactures the Massey Ferguson branded machines in its French factory.

That’s right. Dealers are expecting another good year in 2020.

Let’s get to the numbers: 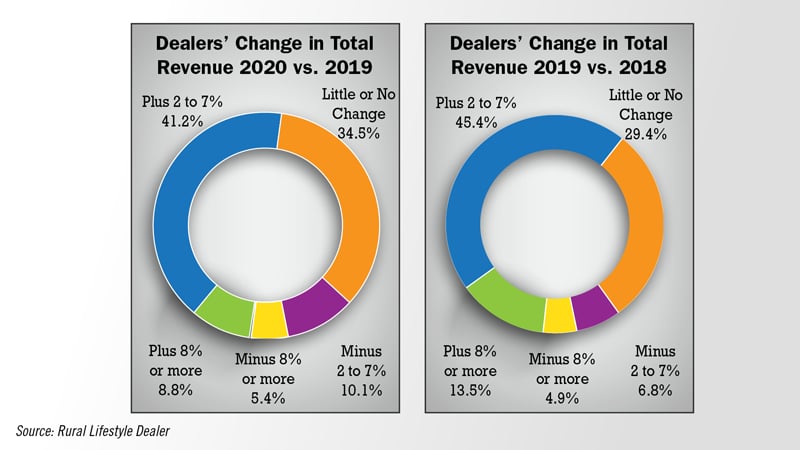 Overall, about 85% of dealers expect 2020 to be as good as or better than 2019. That compares with 88% of the dealers in last year’s survey, who had that same level of positivity, possibly indicating some stabilization in the market. 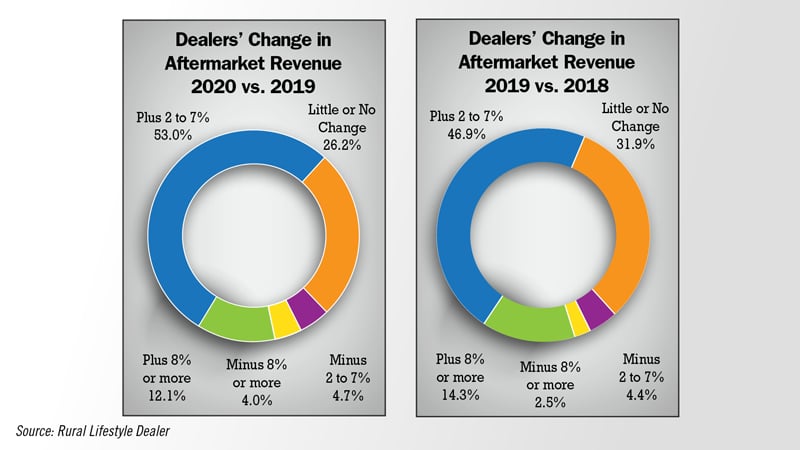 Overall, about 92% of dealers expect aftermarket revenue to be as good as or better than 2019, compared with 93% in last year’s survey.

What’s driving optimism in terms of product segments? Zero-turn mowers. This category tops the list of products with the most potential to increase unit sales as well as the list for products dealers expect to add this year. 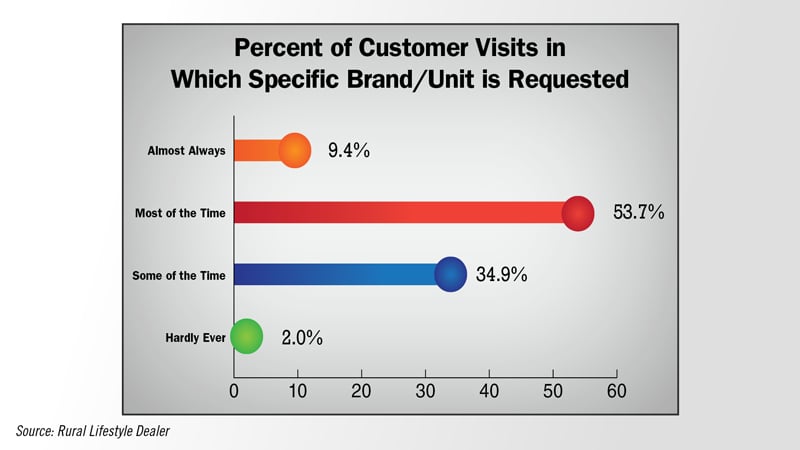 The survey shows a boost in brand recognition as about 63% of dealers say that customers have a brand in mind most of the time or almost always when they visit. That’s up from 52% last year. 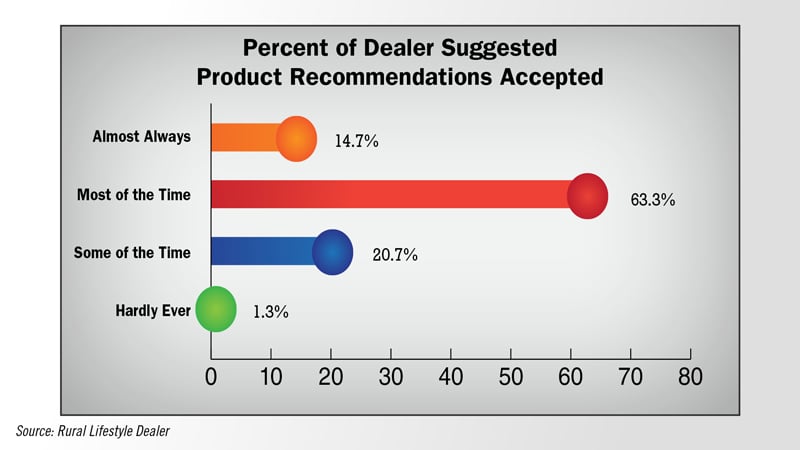 What’s holding steady is how dealers are capitalizing on that brand awareness, with about 78% of dealers saying their product recommendations are accepted most of the time or almost always. 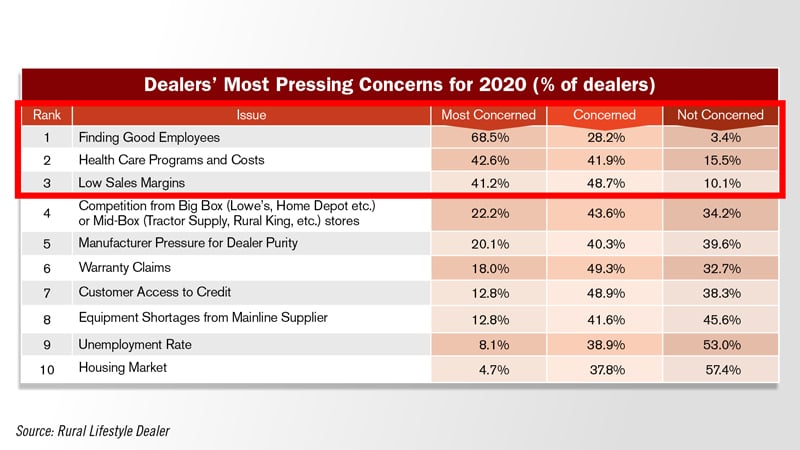 We asked dealers about what they are most concerned about with finding good employees being number 1, healthcare programs and costs number 2 and low sales margins number 3. These issues have been top concerns for dealers for several years. 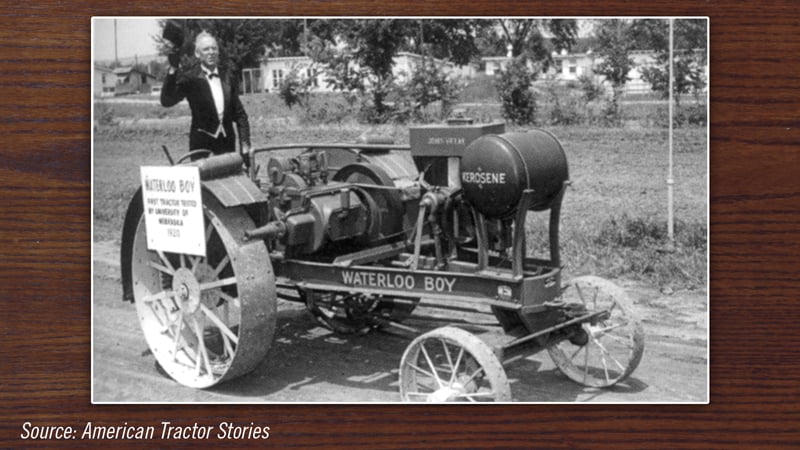 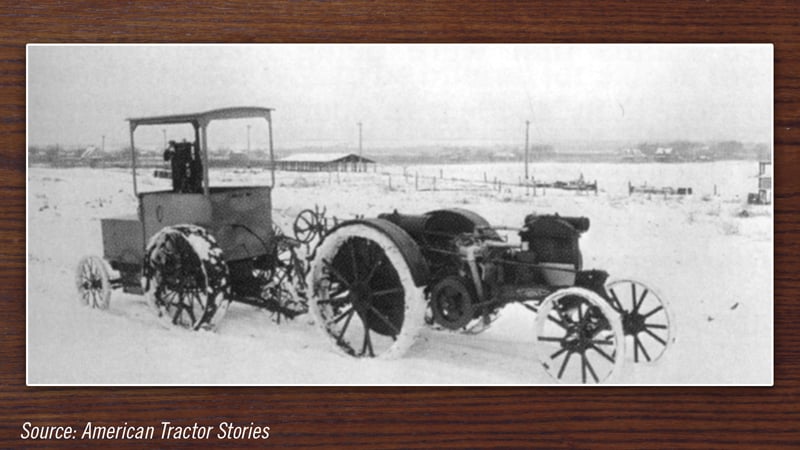 The first tractor to be formally tested at the Nebraska Test station was a Waterloo Boy in 1920. The Test Station’s first instrumented dynamometer test “car”  was pulled by a Twin City 12-20, but the full test couldn’t be completed in 1919 because of bad weather.

As always we welcome your feedback. Send comments and story suggestions to kschmidt@lessitermedia.com. Until next time, thanks for joining us.