The Ag Economy Barometer improved to a reading of 136 in October, up 15 points compared to September, which pushed the barometer back to the same level observed in October 2018. This month’s upswing in the ag economy sentiment index was driven by an improvement in ag producers’ assessments of both current and future economic conditions in agriculture. The Index of Current Conditions rose from 100 in September to 115 in October and the Index of Futures Expectations also rose 15 points to a reading of 146. The Ag Economy Barometer and related indices are based upon results from a nationwide telephone survey of 400 U.S. crop and livestock producers. This month’s survey was conducted from Oct. 14-22, 2019. 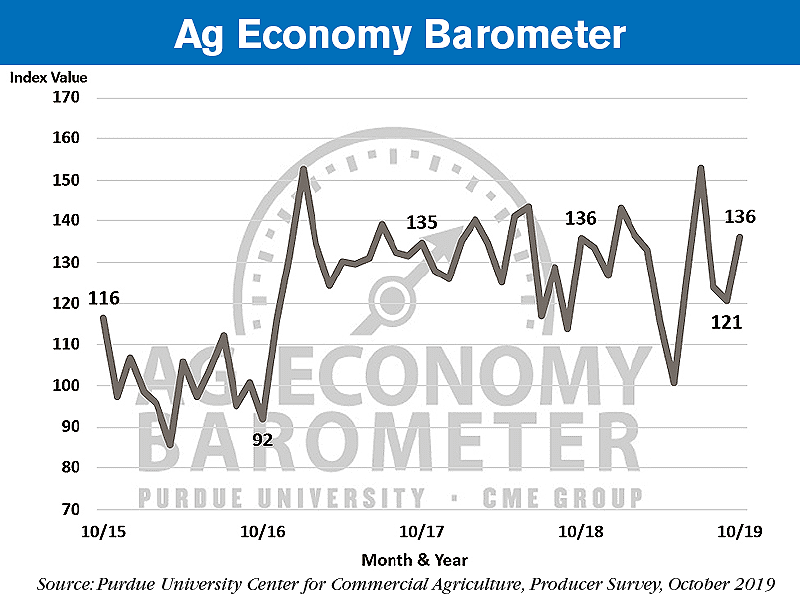 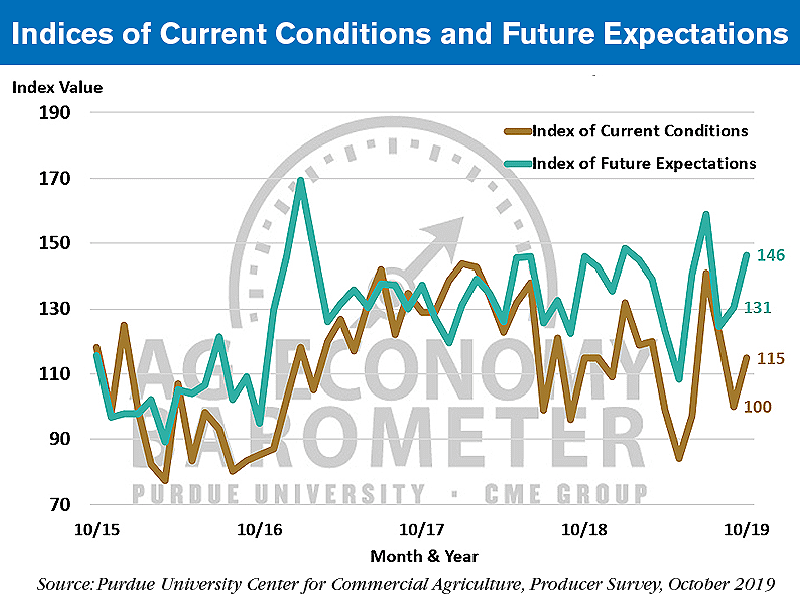 Producers had a more favorable view regarding making large investments in their farming operations when surveyed in October compared to September. The Farm Capital Investment Index rose to a reading of 59, 12 points higher than a month earlier. The investment index has been relatively volatile in recent months, dipping to a low of 37 in May before rebounding sharply in early summer. The October reading takes the investment index back to within 8 points of its July 2019 peak of 67. 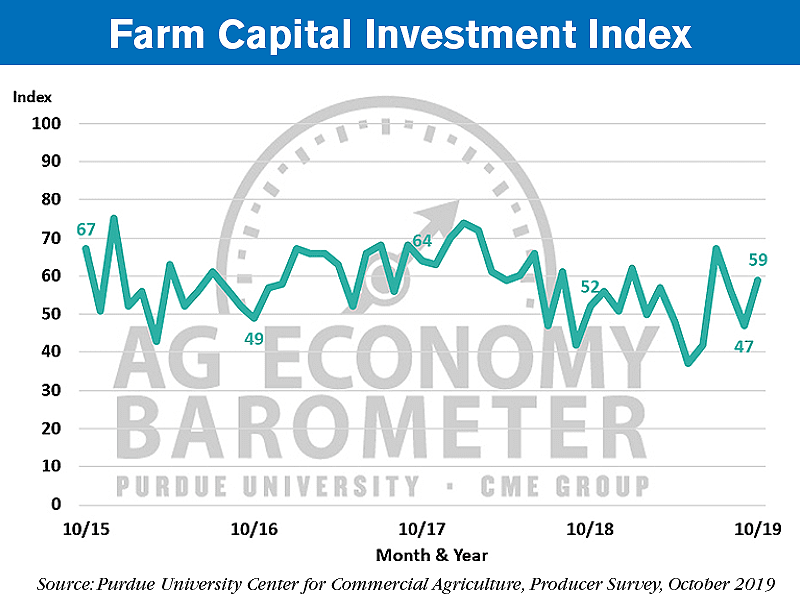 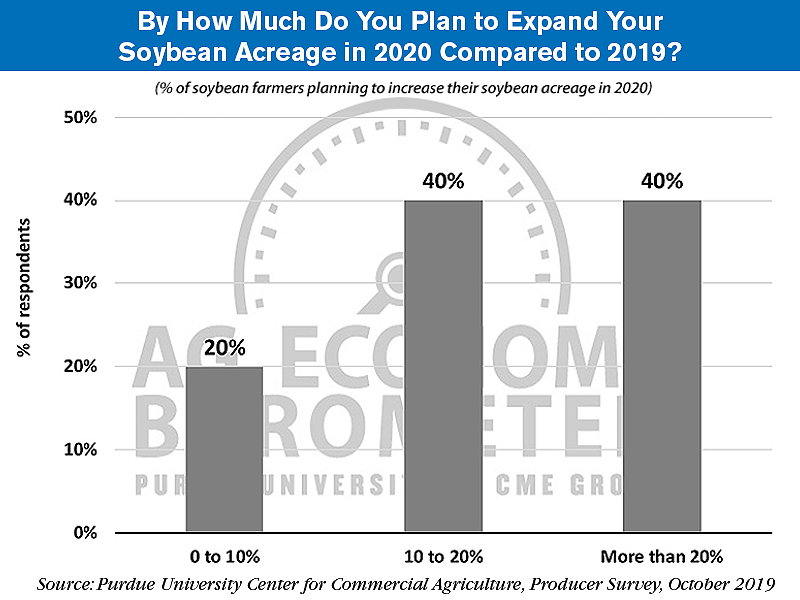