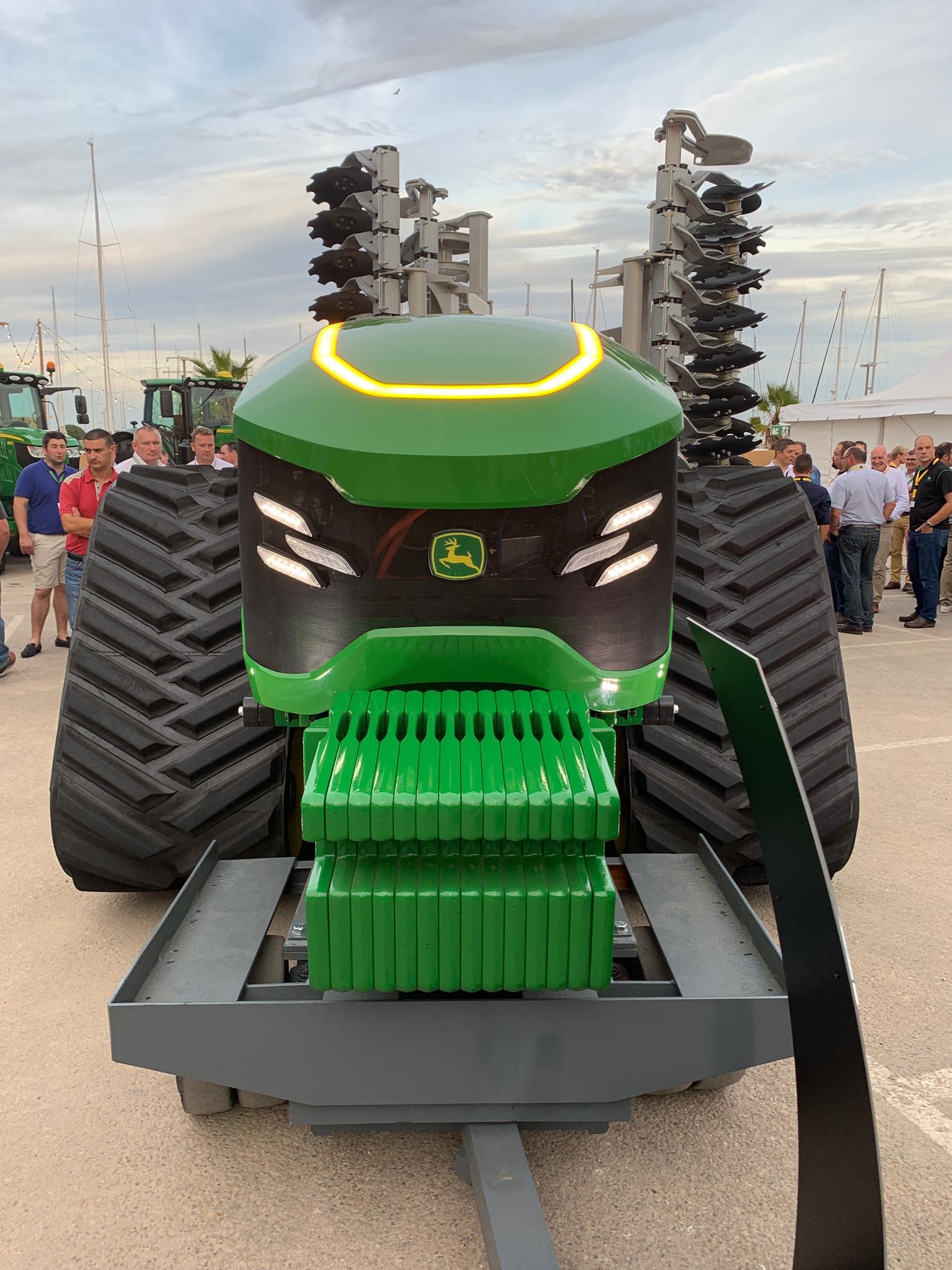 John Deere revealed their new, autonomous concept tractor at a dealer meeting in Valencia, Spain, according to Agriland, an Irish agriculture publication. The cabless tractor will have a rated (electric) power output of 500 kilowatt (approximately 680 horsepower). The tractor was also described as being "zero emissions," though no specifics have been offered on the powertrain. The model displayed at the meeting was tracked and appeared to lack any steering mechanism.

This concept tractor stands in stark contrast to the previous John Deere concept tractor, which featured a front-mounted extension cable handler that provided power to the machine. That model, according to a report from Electrive.com, featured a 100 kilowatt all-electric drivetrain and a 1 kilometer (0.6 mile) 2.5 kilovolt/300 kilowatt extension cable to supply power. Developed through a GridCON research project, the older concept tractor does not require the charging of onboard batteries to operate by connecting directly to the power grid.

The new model was showcased in Valencia, Spain, during a dealer meeting.

The older model also featured a 100 kilowatt all electric drive train and is capable of manual (remote) control as well as autonomous performance. Unlike the newer model, the older John Deere concept tractor was showcased with the classic John Deere yellow wheels. 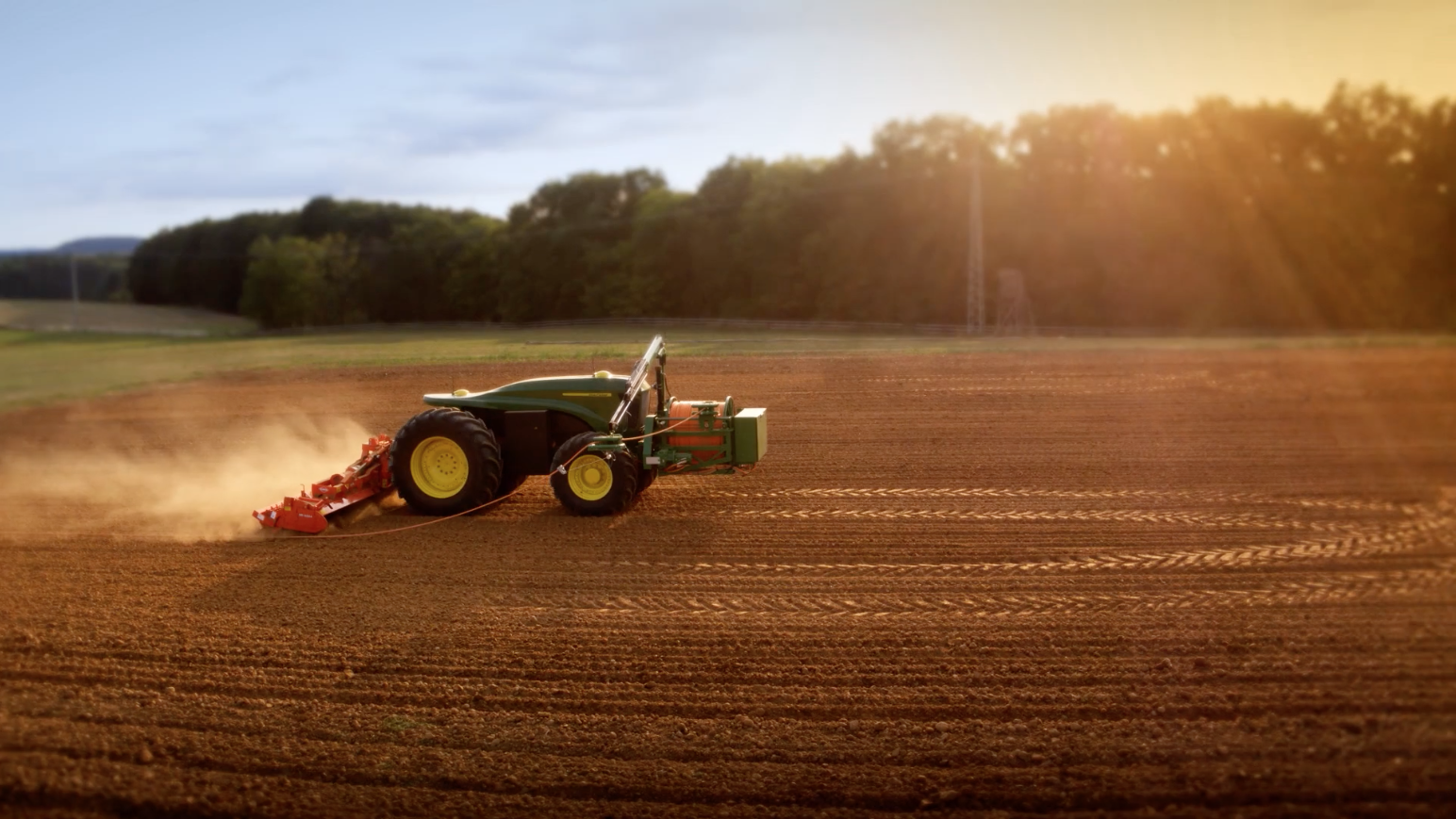 The older concept tractor from John Deere featured a mechanical arm designed to lay cable alongside the implement without damaging it.

The reveal comes at a time of shift within Deere & Co.’s goals, mainly in the form of new CEO John C. May’s transition to the head of the company and, along with him, a new vision for Deere’s future. According to a report by The Wall Street Journal, May is slated to return Deere’s focus back to U.S. customers and equipment, ending many years of international focus and investment.

With an increase in technology also said to be part of May’s plan for boosting their U.S. market, only time will tell part of that technological investment will include the commercial production of electric, autonomous tractors.