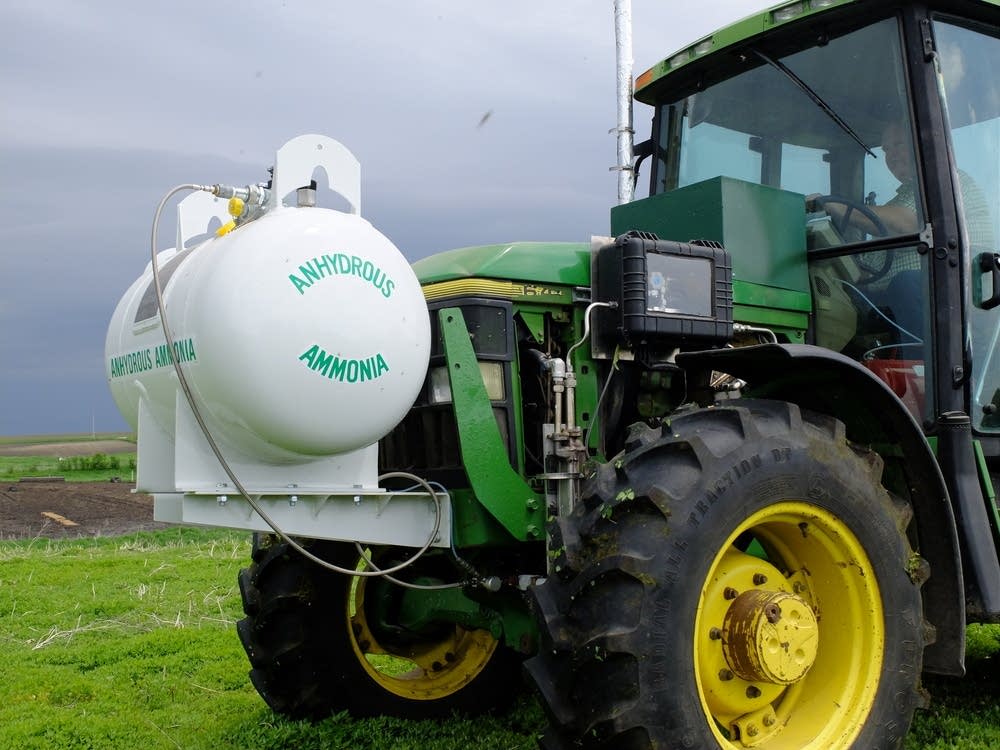 Researchers at the University of Minnesota Morris (UMM) have invented a method by which farm tractors are able to run on a mixture of diesel fuel and anhydrous ammonia. According to MPR News, UMM researchers used a 70/30 blend of diesel and fertilizer and are hopeful that the tech’s increasing cost-effectiveness can help cut down farm equipment emissions by as much as 50%.

Fueled by a grant from the Legislative-Citizen Commission on Minnesota Resources, the project is part of a larger focus at UMM to reduce agriculture’s carbon footprint in the state. Further research is in progress to source the tractor’s ammonia from wind energy, making it cost almost nothing in terms of greenhouse gases.

The secret to the success of the tractor is the invention of Will Northrop, director of the U of M's Thomas E. Murphy Engine Laboratory and Seamus Kane, a UMM graduate student. The two created the catalyst converter that absorbs heat waste from the tractor’s engine to begin the chemical reaction that turns ammonia into hydrogen, the actual fuel used to operate the tractor.

For Northrop, the project is meant to move beyond the concept phase and get to farmers as soon as possible. "I think we're well along the path to commercialization of the system," he said. I think that within a year so, we could have a commercial system on the market if there was a good opportunity to sell it."