Used Tractor Market Makes Gains in UK Ahead of Brexit

The UK has seen an exploding used tractor market following England’s departure from the EU. Brexit’s impact on the British pound, coupled with dropping commodity prices have made a perfect environment for British farmers to purchase low-hour, high value machinery. 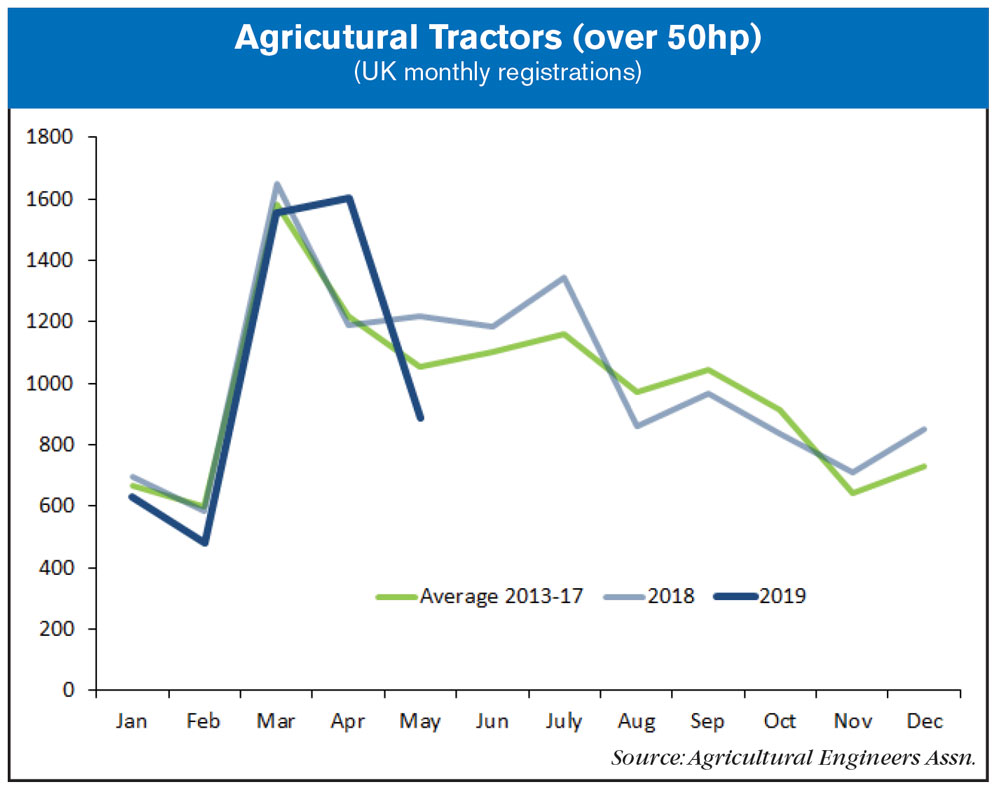 Statistics from the Agricultural Engineers Assn. (AEA) shows that registrations for new over 50 horsepower tractors in May was down 27% compared to the same month last year. However, AEA agricultural economist Stephen Howarth mentioned that total new tractor registration are down only 3% in 2019 compared to last year, signaling that the dip in new tractor purchases may only be temporary.

“That indicates that although Brexit is causing some volatility in the monthly figures, it has not had a dramatic effect on the number of tractors being registered overall,” Howarth said.

This, along with a rise in new kit prices, has created a healthy used tractor market for interested farmers, of which there are many. The June 10 Cambridge Machinery Sale saw nearly 175 used tractors sold, unsurprisingly according to the auctioneer, Bill King.

“The second-hand agricultural machinery market has been very strong since the referendum, when the pound dropped quite significantly against the euro and other currencies,” he said.