Only two-thirds of the U.S. corn crop was in the ground and less than 40% of soybeans had been planted as of June 2, according to USDA’s National Agriculture Statistics Service (NASS). Much of the crop that has been planted is looking “ragged,” says Lynn Henderson, publisher & editorial director of Agri Marketing magazine.

In an email to Ag Equipment Intelligence, Henderson, who is based in Adel in central Iowa, said, “The corn may be planted here in central Iowa, but it is looking ragged. Because of the rain, farmers haven't been able to spray so weeds are taller than the crop. “This is a sick sight for those of us who know what clean fields look like and how important that is to a crop.” The photos below are courtesy of Henderson and were taken on the morning of June 4. 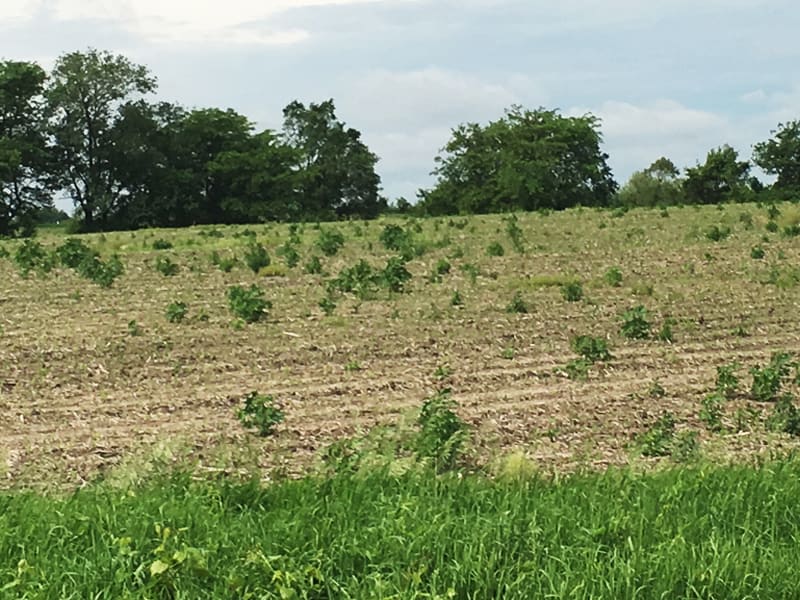 Wet, cold weather continues to hamper farmers from getting their 2019 crops in ground. As of last Sunday (June 2), only 67% of corn acres had been planted. This only 9% above the week before when 58% of acres had been sown. This compares with 2018 on this date when 96% of the corn crop had been planted, as well as the 5 year average of 96%. 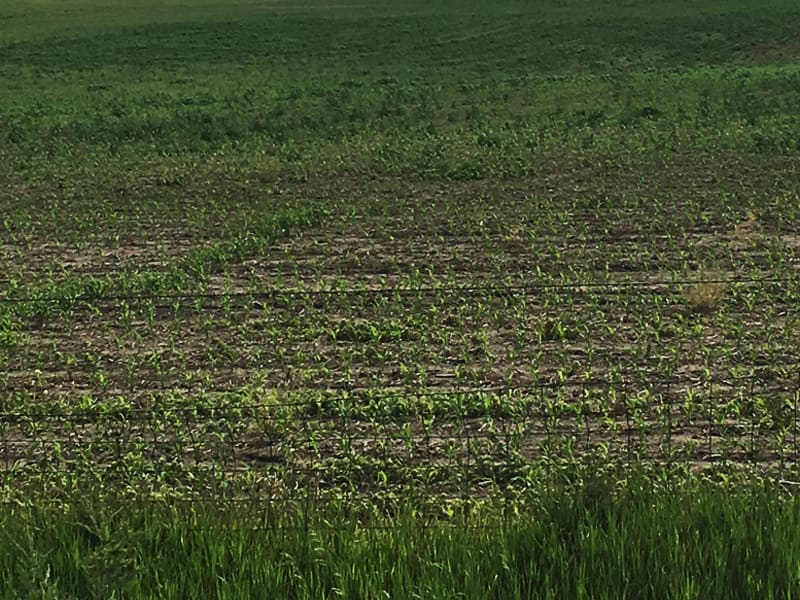 As of June 2, USDA is reporting that only 39% of soybeans are in the ground. This up 10% from the previous week, but far behind the 86% planted on this date last year. The 5 year average for getting soybeans planted is 79%.