The Purdue University/CME Group Ag Economy Barometer plummeted in April, declining to a reading of 115, an 18 point decline compared to March when the sentiment index stood at 133. The 18 point decline in the index was the fourth largest one month fall in the barometer since data collection began in October 2015. The barometer’s decline was driven by worsening perceptions of both current economic conditions and weaker expectations for the future as the Index of Current Conditions fell 21 points to a reading of 99 while the Index of Future Expectations declined 16 points to a reading of 123. 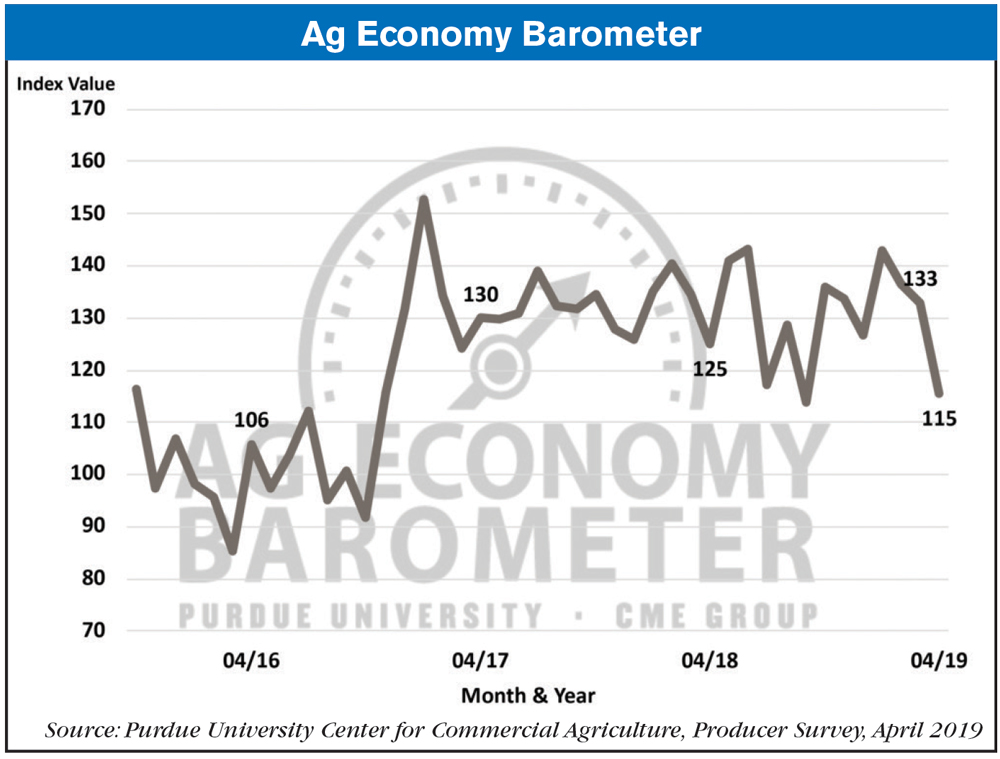 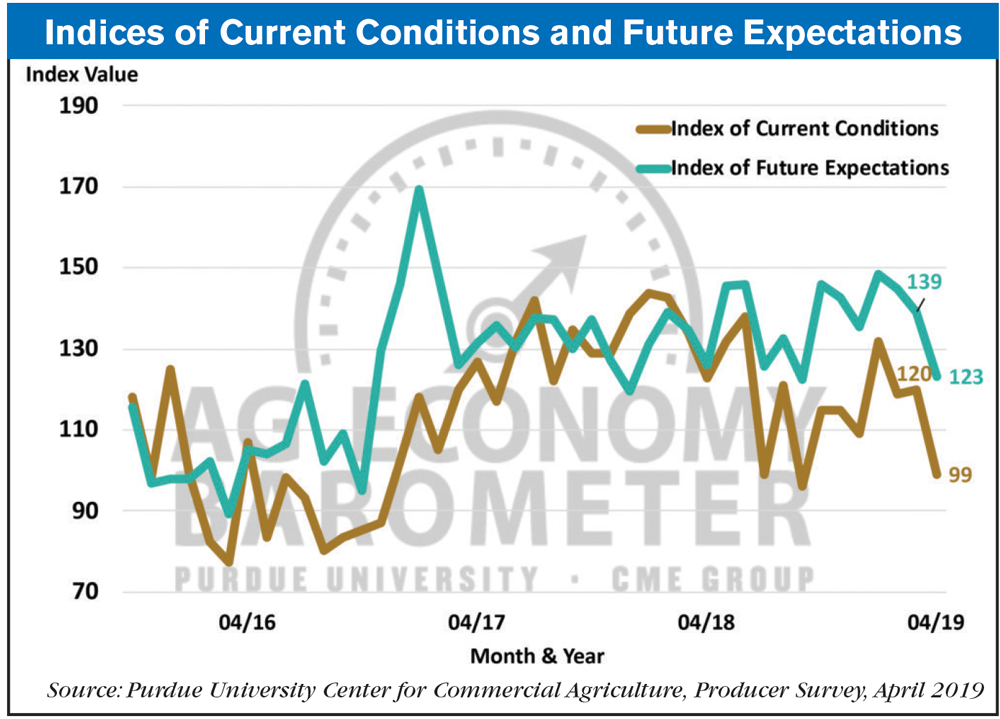 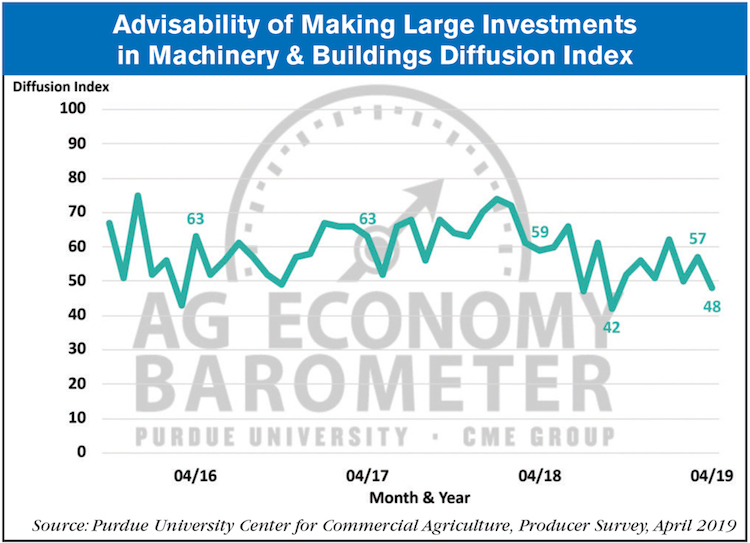