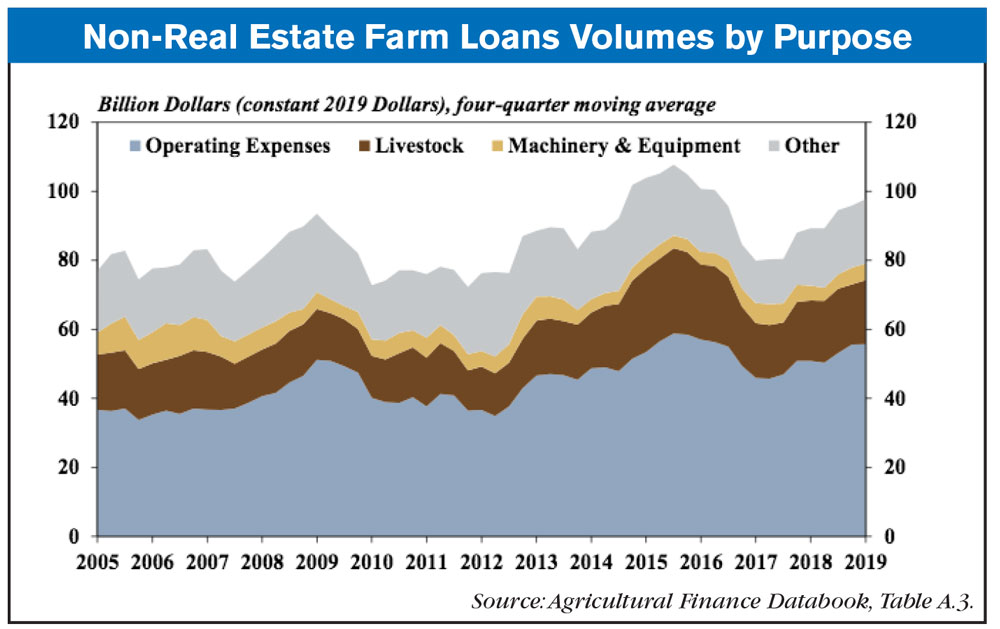 Co-authors of the report, Cortney Cowley and Ty Kreitman, the National Survey of Terms of Lending to Farmers, say that non-real estate lending continued to increase at a moderate pace in the first 3 months of the year. The volume of non-real estate loans increased 9% from a year ago. “Although the volume of loans to finance operating expenses remained relatively steady, volumes for livestock loans and loans to finance machinery and equipment increased. The increase in livestock lending likely was due, in part, to slightly higher prices for livestock. In addition, volumes for other loans increased notably due to an uptick in both the size and number of loans.” 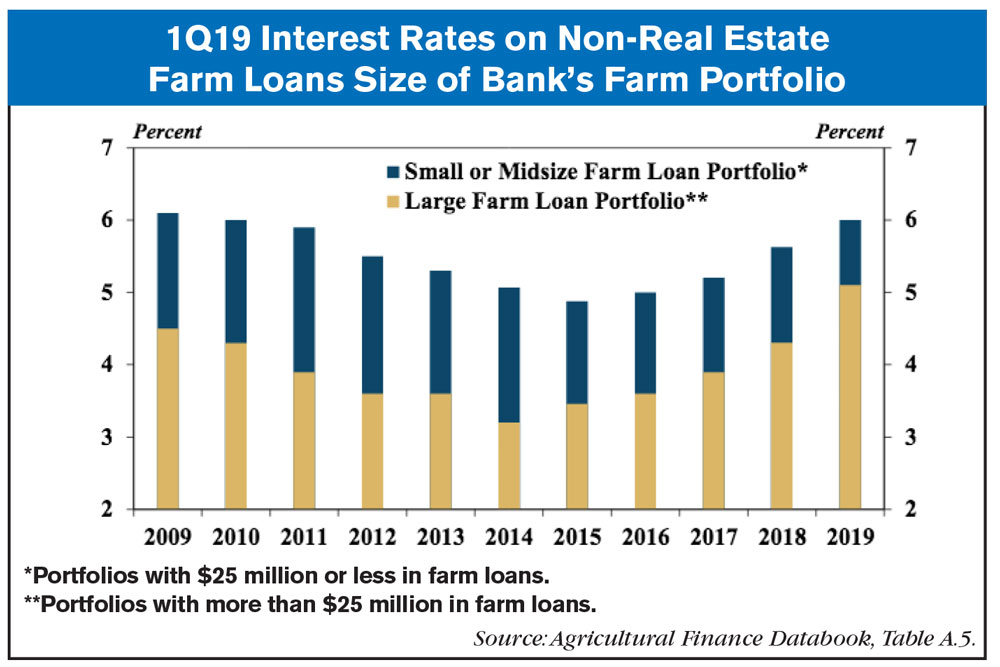