Soybeans Cited as a Factor in Largest U.S. Trade Deficit Since 2008

According to MarketWatch, China’s boycott of U.S. soybeans made a significant contribution to the country’s October trade report. According to data from the U.S. Bureau of Economic Analysis and the U.S. Census Bureau, the deficit increased from $54.6 billion in September (revised) to $55.5 billion in October, as exports decreased and imports increased.

The retaliatory tariffs of 28% on U.S.-sourced soybeans have resulted in a sharp decline in China’s purchases. Shipments of soybeans to China have fallen by 98% along the Mississippi River, 95% out of the Columbia River and by 91% from the Puget Sound. Shippers in the Interior, South Atlantic and East Gulf regions have yet to make a soybean shipment to China.

While China has purchased 231 million fewer bushels of soybeans this year than during the same period last year, other trading partners have taken advantage of lower-priced U.S. soybeans and increased their purchases. Currently, the U.S. has shipped soybeans to 41 countries, up from 30 countries last year. Of the 41 countries buying U.S. soybeans, 26 have increased their purchase volumes, representing an increase of 99 million bushels and offsetting the 248 million-bushel decline in exports to the remaining 15 trading partners. 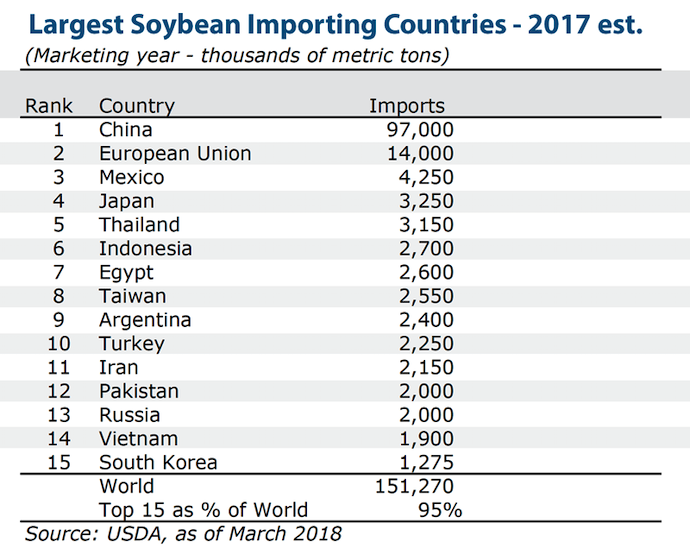 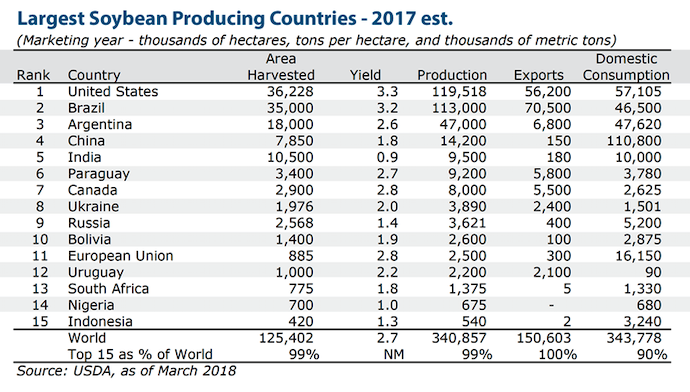