Rising employment levels are almost always a positive sign indicating a business is growing. That being the case, landscape contractors are on a roll — again. And this is also a positive sign for retailers, particularly outdoor power equipment dealers, who supply the equipment needs for those maintaining parks, corporate facilities and homeowners with lawn and turf services. 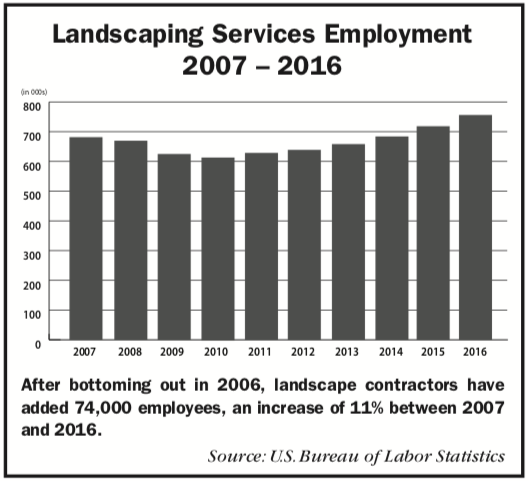 After peaking that year, the housing bubble burst, taking the stock market and nearly every U.S. market segment, including landscaping services, with it.