Under 40 Horsepower Tractors — This category continues its winning ways and is gradually closing in on our original forecast. In total, 12,558 units were retailed in July and that brings the year-to-date total to within 2.7% of our YTD forecast. 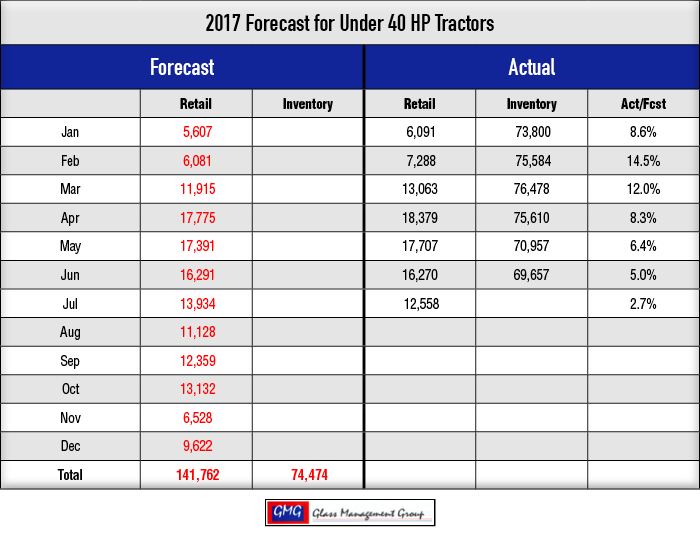 40 – 99 Horsepower Tractors — The lower horsepower range (40-60 HP) of this category continues to dominate as lifestyle farmers pick up their activity. This category is also moving toward our original forecast and retail is now 6.1% ahead of forecast. 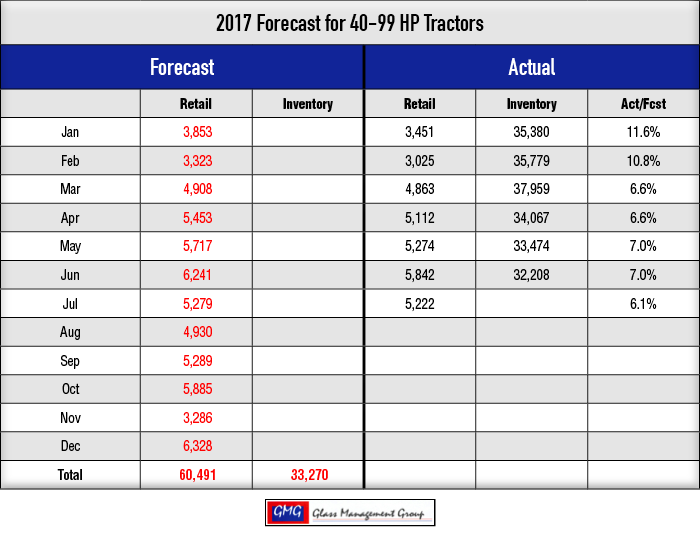 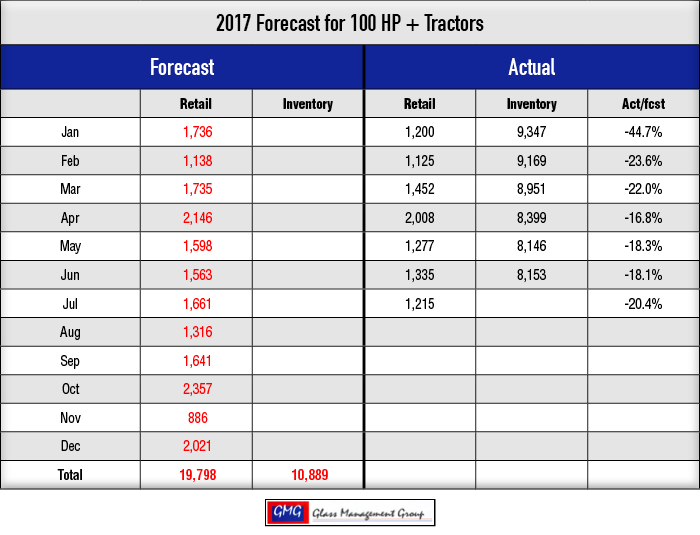 4 WD Tractors — This category is suffering from the same malady with only 120 units retailed in July and the year-to-date numbers stand 12% below our original forecast. 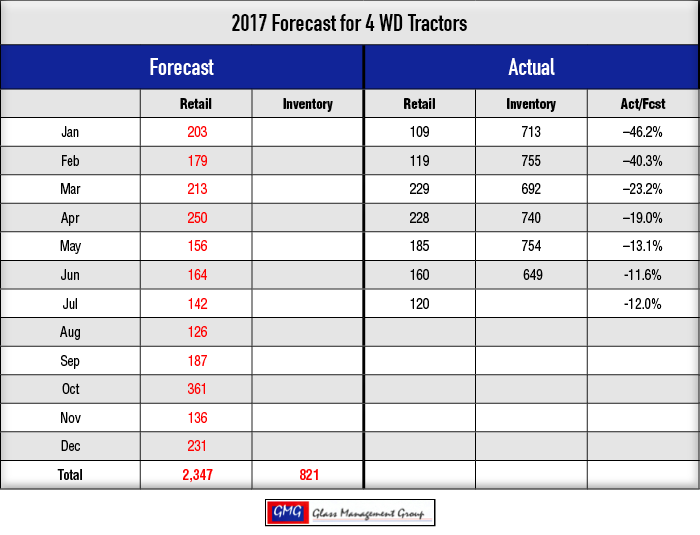 Combines — Retail sales were recorded as 409 bringing the year-to-date number to 1,905, which is 16.9% under our original forecast. 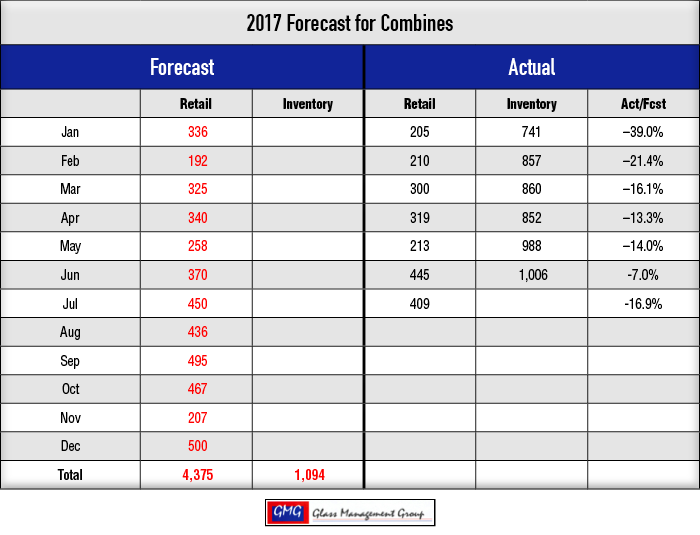 Where is Agriculture Headed?

The next obvious question is “Where is U.S. agriculture headed?”

While the automotive industry is discussing the future of self-driving cars, U.S. farmers have been employing self-driving tractors for more than a decade now. Technology is rapidly coming into view on U.S. farms and the resulting reduction of labor required to produce crops has become apparent. Only the largest of farms can now take full advantage of these technological advancements, but even that is changing. The use of global positioning systems had the immediate effect of producing an additional row or two per acre, even in small fields, and farmers quickly realized that increased yield could easily pay for the additional cost of the equipment.

Consolidation of U.S. farms is occurring more rapidly in the larger producers as they seek to reduce costs by more efficient utilization of the assets at hand. One of the principal assets is tractors, combines and other farm equipment. It is conceivable that a large farmer could increase their number of acres by 25% without having to purchase larger equipment. As the number of acres per decision maker increases, the end result is a reduction in the number of purchasers for larger tractors and equipment. We often look at commodity prices as a major indicator of future equipment sales, but pay scant attention to the farm consolidation taking place within the country and its effect upon larger tractor sales.

We have long maintained that net farm income is a major factor in the purchase of equipment the following year and certainly that income is derived from the sale of crops and livestock produced on the farms and ranches. Crops began this growing season with a great promise but the rather dry conditions of the past month have reduced USDA’s harvest estimates. They now estimate that the corn crop is expected to be 10% below 2016’s record yield. Part of this decline comes from a decrease in the number of acres planted and the average yield is expected to be below last year’s level.

The soybean crop is expected to decline slightly, even though there was a 7% increase in acres planted in 2016. USDA still expects the total yield for soybeans to be off about 9% in 2017, which suggests a 2% decline in yield.

Normally, a smaller crop would generate higher prices in the fall but export sales are experiencing difficulties with the currently high U.S. Dollar and competition from Brazil and Argentina. Still, USDA is expecting the carry-over stock to decline by 1.87 billion bushels for corn and that should, at least, provide some stability at the current commodity prices.

This certainly suggests continued pressure on the sale of larger tractors and combines in the coming months.

Corn — Even though the forecast calls for a reduced harvest, corn prices remained at approximately the same level as June. September future contracts closed the month at $3.70 per bushel while the December contracts were up slightly at $3.84 per bushel.

It comes as no surprise to anyone in this industry that 2017 is shaping up to be a difficult year in terms of larger equipment sales. Our data has indicated that a bottom is forming in both the 4WD tractors and in combines while the 100 horsepower and higher tractors continue their slight downward tilt. The strength of the U.S. general economy has added strength to the smaller horsepower tractors as lifestyle farmers watch their 401Ks grow. It appears that 2018 will be a year that will see all categories, with the possible exception of the 100-plus horsepower tractors, in a slight growth mode.