This is an improvement from the 23% reporting heightened inventory in February and the 26% average in 2017.  Only twice since the ag economy took a turn downward have less than a net 20% of dealers reported their used equipment inventory was “too high.” That was in November 2017 and August 2017. 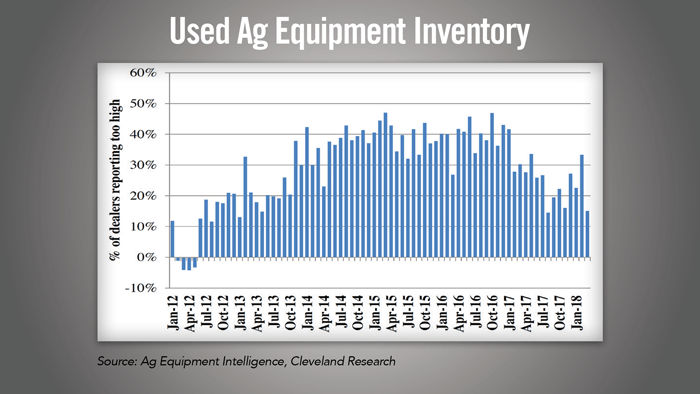 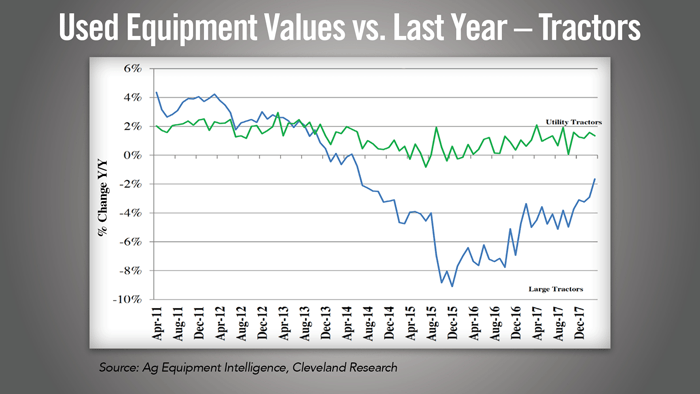 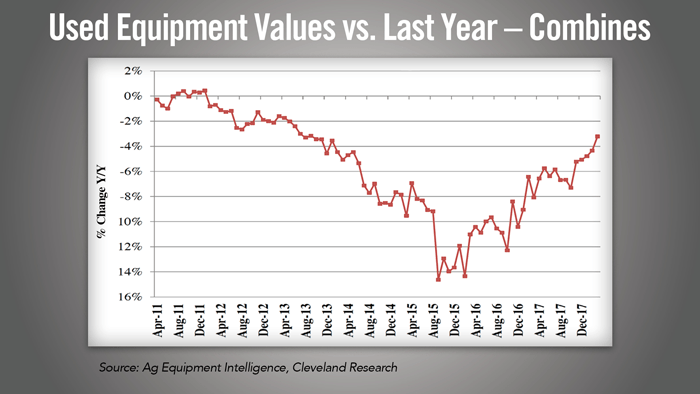 Used equipment pricing is showing improvements as well, according to dealers. Used tractor pricing was down 2% in March and used combine pricing was down 3%, after improving to down 4% in February.

This week’s Dealers on the Move are Redline Equipment and Titan Machinery.

Redline Equipment has added the Miller sprayer contract to its 5 Ohio locations. Redline will also become the local servicing Miller dealer for customers who already own one of the sprayers. 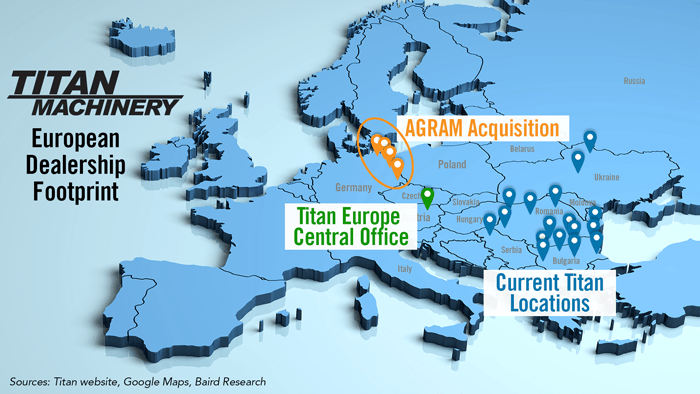 Titan’s chairman and CEO David Meyer says that since their first European acquisition in 2011 the dealership group has been keeping an eye out for a profitable store complex in a mature market, ideally Germany. AGRAM was the perfect fit, he says.

“Germany is consistently one of the largest tractor markets in Europe. Germany has a strong economy, stable geopolitical situation, and a solid banking and credit environment. We’re excited to add the German stores of Burkau, Altranft, Rollwitz and Gutzkow to our European footprint and welcome the quality and experience AGRAM employees to our Titan Machinery European team.”

He adds AGRAM’s market has larger acre farming units similar to the markets in the Balkans and Ukraine, where Titan currently operates. In addition, these stores border Poland and the Czech Republic providing access to customers in those markets for both used equipment and parts.

As planting ramps up after spring was slow to arrive in many parts of North America, farmers will be closely monitoring their early-season fertilizer applications to ensure crops get off to a strong start.

The use of nitrogen stabilizers are a staple on some farms to prolong the effectiveness of spring-applied nutrients. But a new company is beta-testing a unique alternative to chemically-applied nitrogen inhibitors.

Renamed Boden Technology (the system or company?), after the German word for soil, new company CEO Bill Gass, says the science behind the technology creates a 5 week window before applied nitrogen in the seedbed will covert to nitrates.