In today’s newscast, we look at the possibility that ag equipment sales could see a bottom in 2017, an “Amazon” approach for precision services and products, projected growth in the rural lifestyle segment, Buhler Industries year-end financial results, and Mahindra’s unit sales for December. 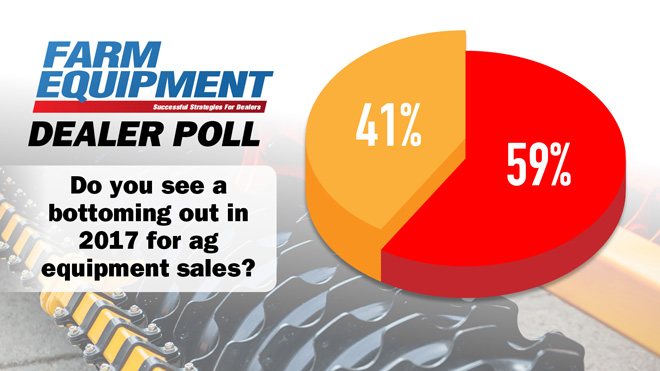 While some industry observers say they don’t see any evidence that 2017 will produce a bottom to declining farm machinery sales, others believe the new year will be a turning point for the industry.

A Farm Equipment poll last month asking the question whether or not readers expected sales to finally hit bottom in 2017 indicated that 59% of those responding believe this will be the case, while 41% don’t think so.

In a November 29 note to investors, Mig Dobre, senior research analyst with RW Baird, believes an end to the 3-year decline is in sight. He says: “Our view is that a bottom in 2017 appears likely as North American large ag equipment volumes are approaching prior cyclical bottoms, high horsepower equipment sales/planted acres are near 40 year lows, large ag new equipment inventories have destocked near historical lows and while auction used equipment prices are still pressured, deterioration is nowhere near 2013-15 as selling conditions seem to be improving into 2017.”

The Baird analyst thinks our neighbors to the north could play a pivotal role in such a scenario. “Canada is often overlooked in the North American ag discussion, upside here appears possible: Canada large ag (about 20% of North America volume) looks to be stabilizing, 2017 early order programs and dealer sentiment are looking better than [the] U.S., this market could grow in 2017.”

Dobre also points to the ag backlog being flat for the first time since fiscal year 2013. This he calls a “big deal.”

This week’s Dealers on the Move are Blanchard Equipment and Ag-Pro Companies.

An Amazon Approach to Online Opportunity

It’s no secret that consumer shopping tendencies are trending toward online purchases, but one of the more staggering numbers reported by USA Today is that Amazon shipped more than 1 billion items worldwide this holiday season.

Simplicity and convenience are two of the benefits that come with shopping online. But these assets can also be valuable selling points to attract tech-savvy customers.

While farm equipment dealerships don’t have the reach of Amazon, that doesn’t mean companies can’t incorporate mobile retail practices to offer a more comprehensive suite of precision services and products.

Building a recognizable and reliable online presence can provide another avenue for ag technology sales, while also building customer trust, says Kevin Depies, part of the sales and management team with Ritchie Implement in Cobb., Wis.

“We’ve all identified that the consumers are trying to do more and more themselves, do more purchasing themselves, less business hour decisions. And the comment kept coming up to make it as easy as Amazon. So we discussed if there’s opportunities to streamline our systems for parts, parts lookup, something similar to My Shed that Case IH offers, but directly link to the dealership level where a customer can confidently pick a part online, order it and consistently know they’re getting the right product to them, be more like Amazon, so to speak.”

Depies adds that an important consideration for creating online sales opportunities is to be able to appeal to a cross-section of customers to increase visibility and interest.

While large ag equipment sales have been sluggish, compact and utility equipment sales haven’t suffered the way high horsepower tractor and combine sales have. Rural lifestyle dealers indicate 2017 could be a good year as well, according to the results of Rural Lifestyle Dealer’s 2017 Dealer Business Trends & Outlook survey.

We certainly have seen many continued signs of enthusiasm on the rural equipment side. 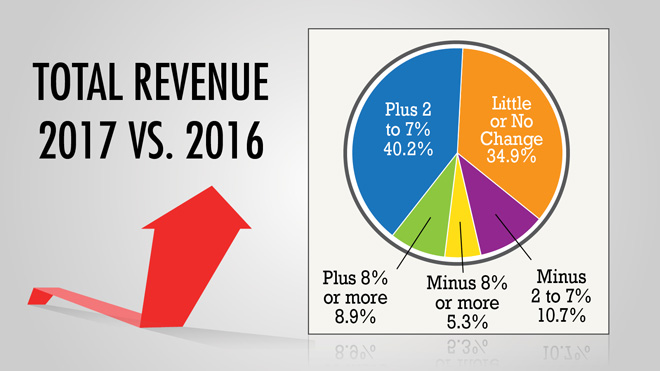 Rural Lifestyle Dealer saw a better than 12% increase in the number of respondents to our annual Trends survey and of those responding, 84% are forecasting 2017 sales will be as good or better than last year. This is down slightly from the 2016 survey, but still suggests the rural lifestyle market remains strong. 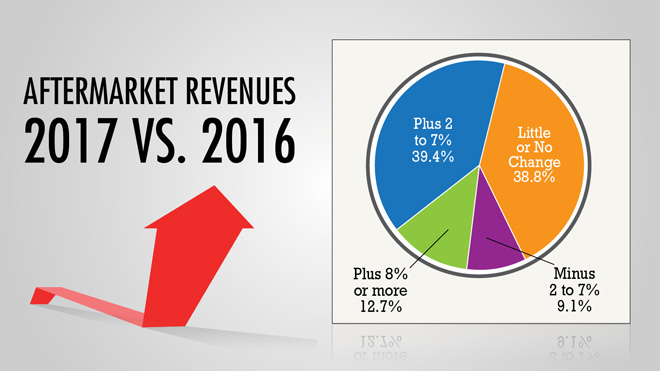 When it comes to aftermarket revenues, more than 90% are anticipating sales to be as good or better than 2016, on par with last year’s results.

The market is growing, with nearly half of dealers saying their customer base has grown by 5-19% in the last 5 years. An additional 13% have seen their base grown by 20% or more.

The complete results of the survey will be published in the Winter issue of Rural Lifestyle Dealer, which will be out later this month. 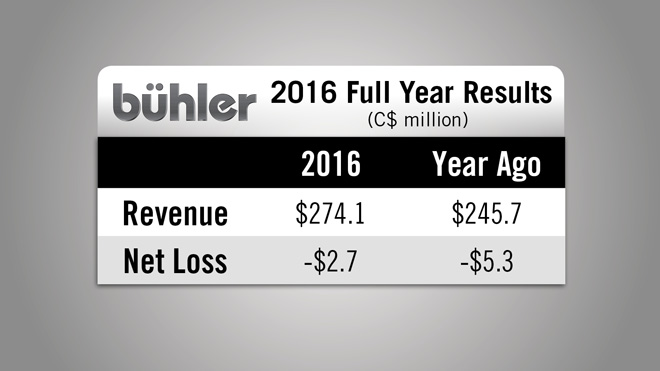 While Buhler saw a net loss for the year of $2.7 million, it was an improvement of $2.6 million compared to the $5.3 million loss the year before.

For the fourth quarter of 2016, revenue was $69.6 million, generating $1.4 million of income. This quarter, sales returned to nearly normal historical levels, the company says.

Looking ahead to 2017, Buhler is forecasting sales to increase slightly compared to 2016 as they continue to pursue increases in market share. The weaker Canadian dollar continues to have a significant negative impact due to components and parts purchased in U.S. dollars. 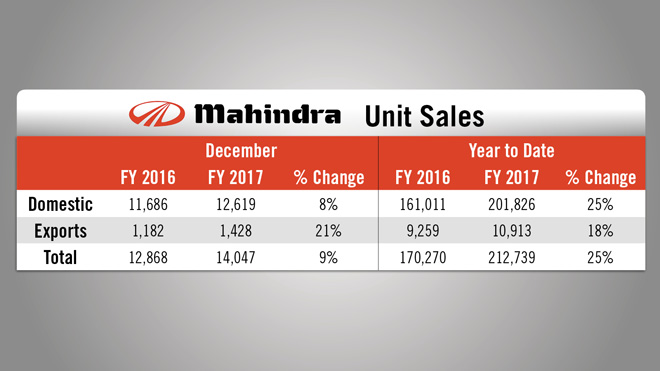 This week, Mahindra & Mahindra reported its domestic tractor sales in India were up 8% in December vs. December 2015. Exports for the month were up 21% compared to the same period in 2015.

For the full year, domestic sales were up 25% year-over-year, while exports were up 18%. This corresponds with the strength the small tractor market has been seeing in North America. Through the first 11 months of 2016, sales for tractors under 40 horsepower were up 8.8% vs. 2015. U.S. sales for this period are up 11.7% 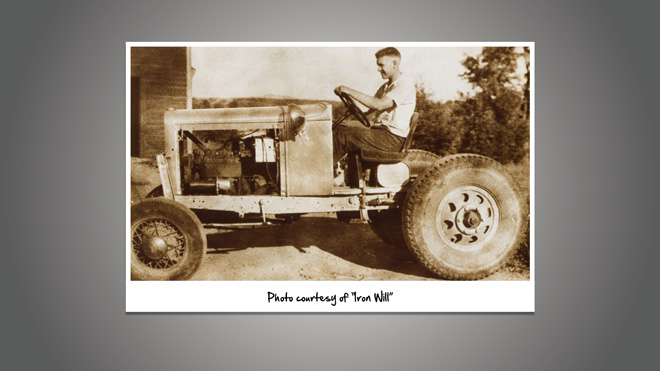 In 1943, an engineer with General Electric name Cy Davis built his own tractor in his backyard out of a mish-mash of car and truck parts. The engine and chassis came from a wrecked 1931 Nash with 11,000 miles on it. The front axle came from a Studebaker and was reshaped and installed upside down. The driveline was cut, leaving only room for a universal joint and another 2 or 3 inch section of drive line, which was attached to a Brockway truck rear end. The complete rear axle was used. When the Nash and truck transmissions were engaged in reverse, the tractor would move forward at full throttle — about 1 mph. Two milk cans filled with concrete were mounted to the back for traction.

How Dealers Deal with Ag's Business Cycles: Are We Looking at a Downturn in Ag Equipment Sales in the Near Term?