Are We Out of Ag's Economic Trough?

Purdue University’s Ag Economy Barometer, which measures producer sentiment on the health of the ag economy, showed improvement in April. After a series of declines from October through March, the April reading “rebounded sharply,” coming in at 106 vs. a reading of 85 in March. 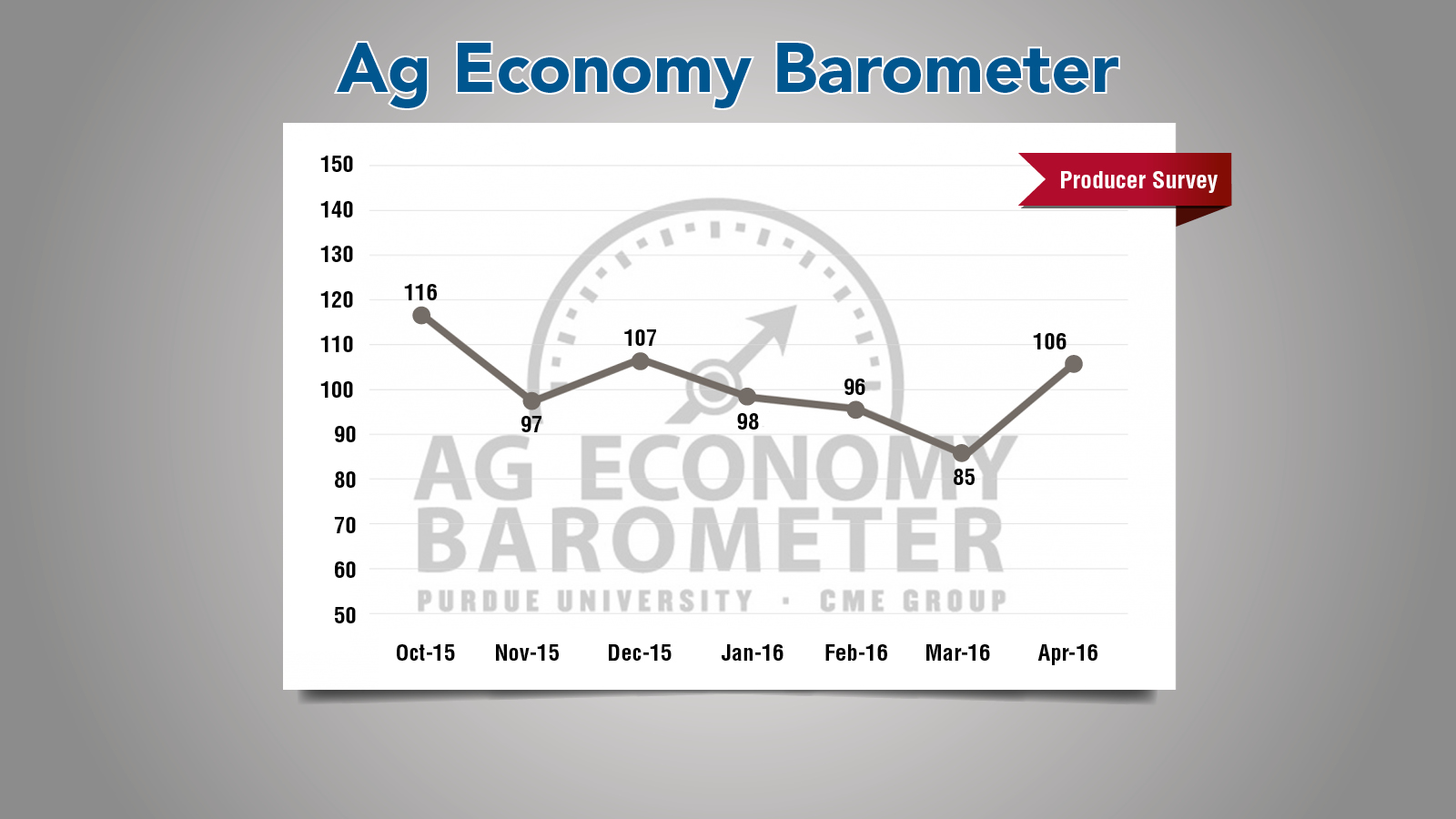 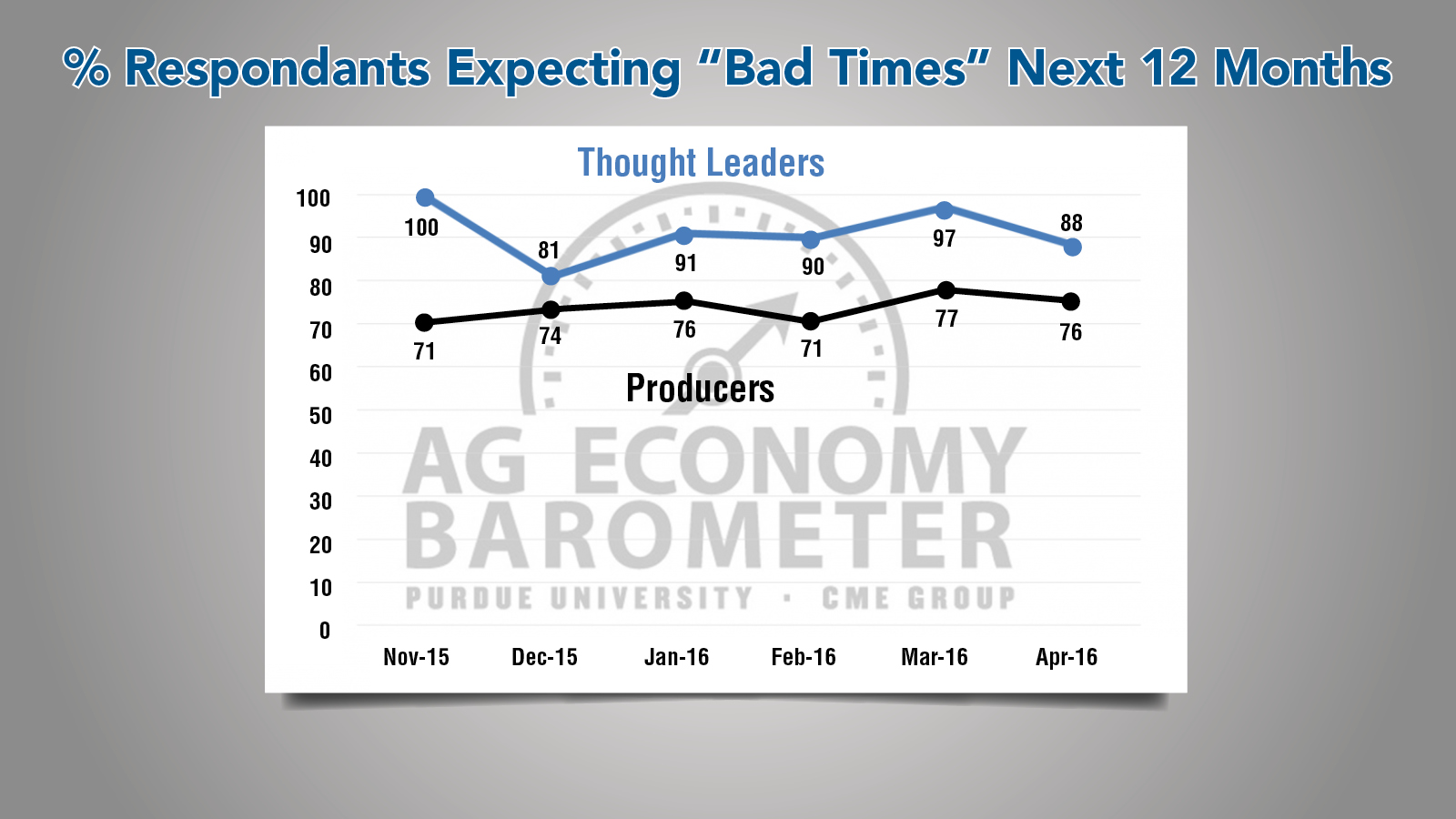 The university says growers are feeling better about the recent improvement in commodity prices, which is good news for farm equipment dealers as commodity prices and grower sentiment are key to a pick up in ag equipment sales.

In addition to commodity prices, timely rains in the Great Plains and favorable spring weather in the Corn Belt contributed to the outlook improvement, according to Purdue researchers.

While grower sentiment improved, farmers don’t believe they’re out of the economic trough yet. When asked about their expectations for their farms’ financial situations over the next 12 months, a majority of producers believe that “bad times” are still ahead.

And, the April survey of agricultural thought leaders revealed they are generally more pessimistic on the current state of the ag economy than producers. Nearly 90% of thought leaders expect “bad times” financially across the sector, compared to 70-80% of producers with the same outlook.

John Deere dealers Noteboom Implement and Hultgren Implement have announced that they will merge for a combined total of 8 locations in northwest Iowa and southeast South Dakota.

One of Claas’ leading forage harvester and hay tool dealers, Parmer County Implement, is expanding its product support portfolio to include the Lexion combine range and will now service the west Texas area previously covered by Warren CAT.

As the field of data management service providers in agriculture becomes increasingly crowded, more attention is being paid to companies that can provide a tangible return on a farmer’s investment.

This is an approach that Kansas-based Farmobile is taking with a new data monetization pilot program, called Data Store. The company plans to collect field data on 250,000 acres of Minnesota farmland and develop Electronic Field Records, or EFRs, that will contain one year’s worth of detailed planting and harvest data notes.

Once stored, the farmer-owned data can be shared with dealers, agronomists or crop insurance agents. But the platform also allows farmers to sell a licensed copy of their data. The pilot program will allow farmers to sell completed EFRs for a guaranteed return of at least $2 per acre, according to Farmobile founder and CEO, Jason Tatge. 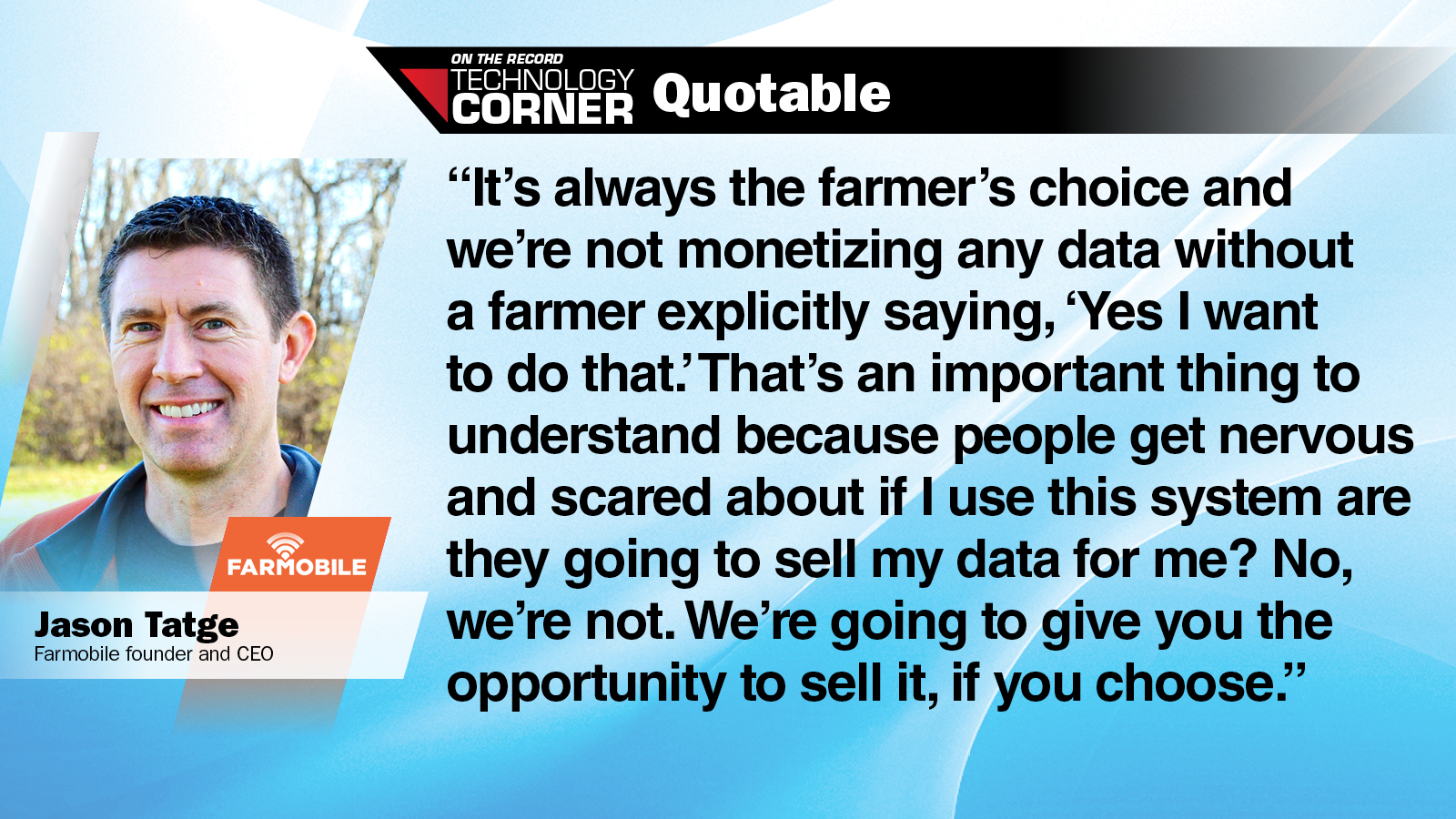 The initial cost for the data collection program is $1,250 per year with a 3-year subscription, which covers the cost of the machine-agnostic hardware installed on a farmer’s machinery. While the company guarantees a minimum $2 per acre return for data sold through its platform, any profit beyond the $2 is then split 50/50 with the farmer and Farmobile.

Kubota Dealers Most Optimistic in March

The April survey had 275 respondents — 13% of whom were Kubota — from across North America and representing combined annual revenues of about $8 billion. 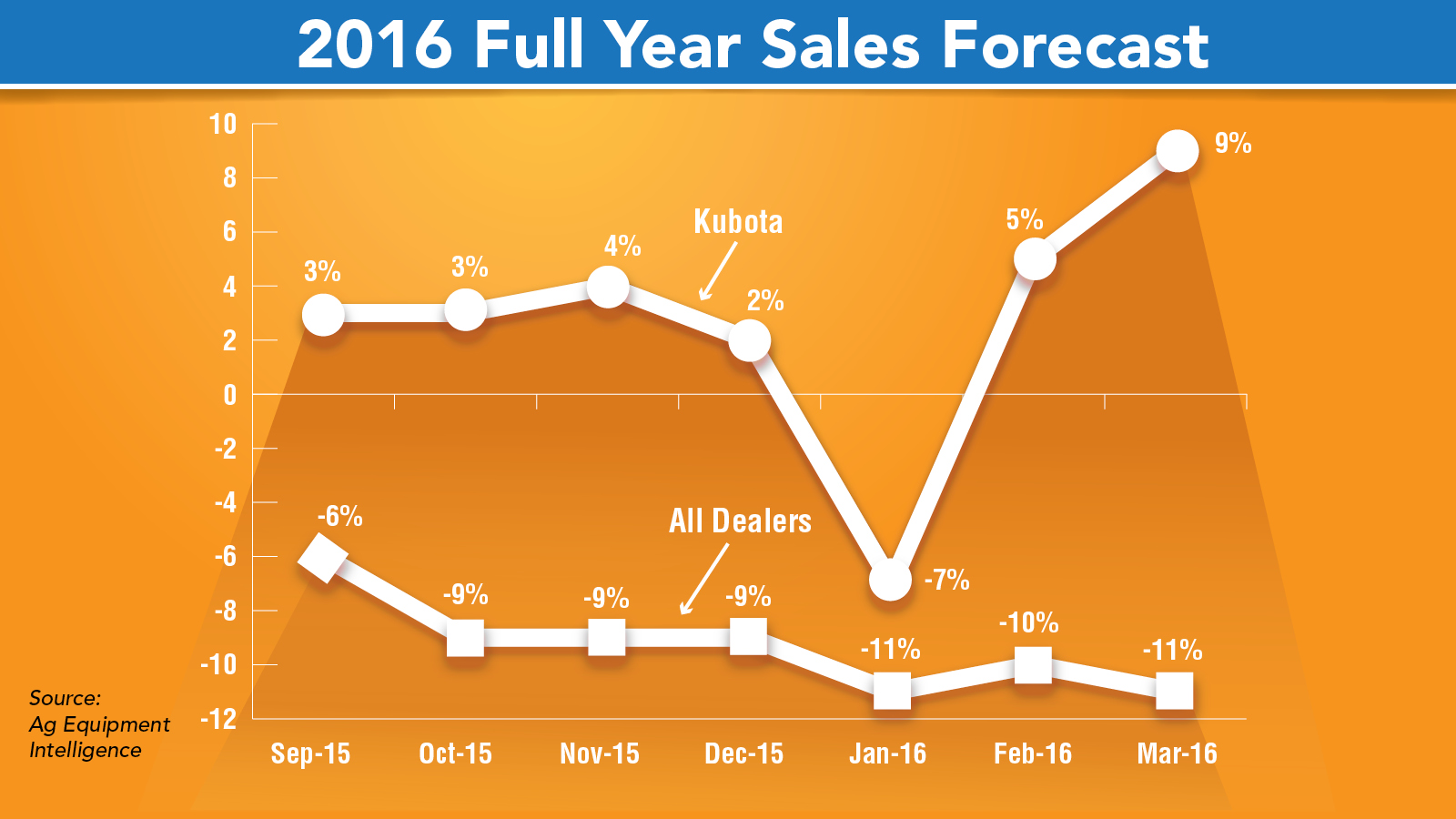 The dealer group reduced its used equipment inventory by $10.9 million, or 3.8%. 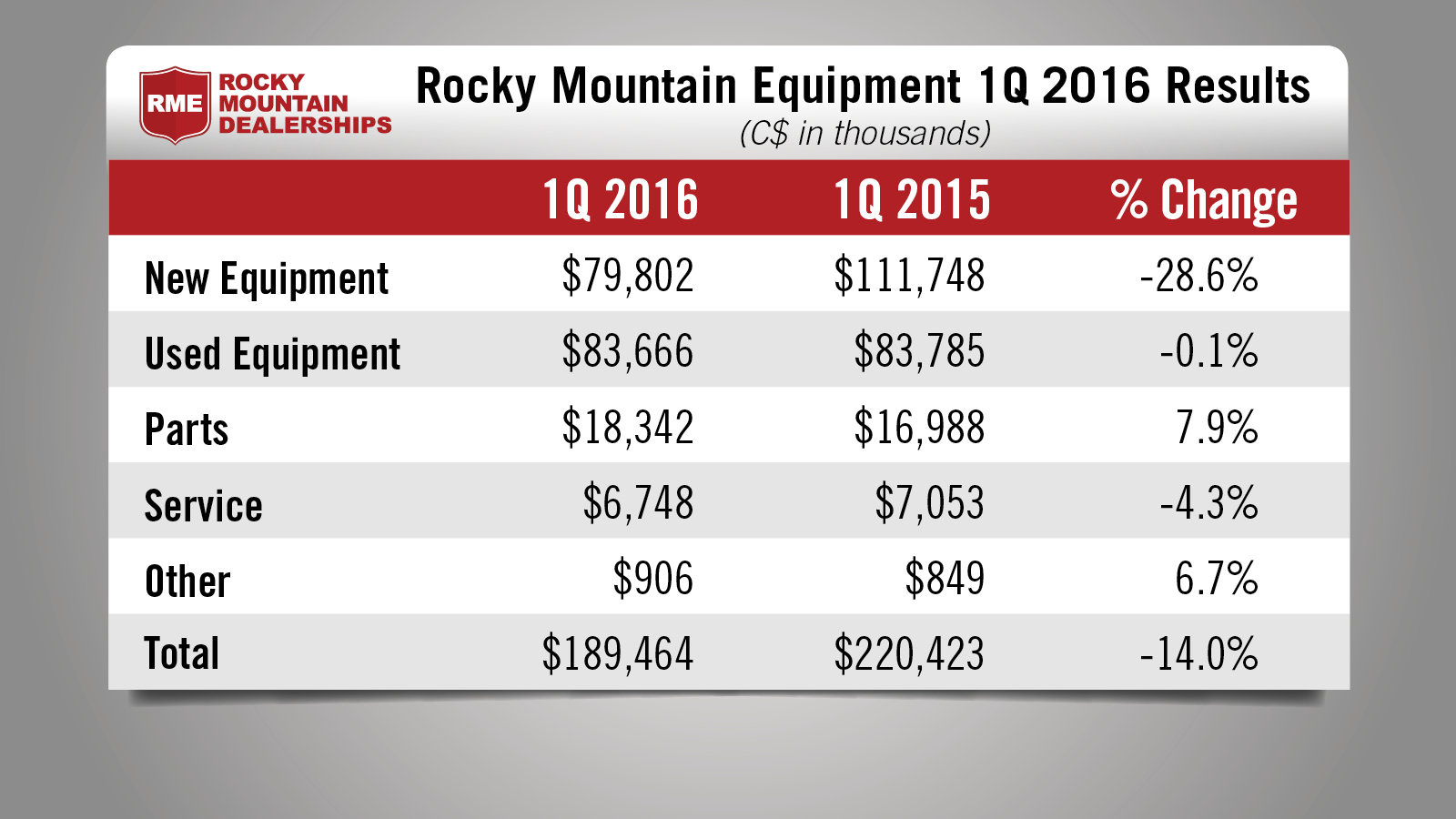 Rocky president and CEO Garrett Ganden believes their customers are in a good position.

“Western Canadian agriculture is a strong market at present. Farmer balance sheets are strong, commodity prices are healthy, and overall grower sentiment is positive. In these favorable market conditions, it will be incumbent on Rocky to show our customers the kind of continuing value proposition we can provide, be it in new and used equipment, product support or our ancillary services such as precision farming. And in that regard, we feel confident that we have the right team in place to keep Rocky as the safe, dependable equipment partner of choice in Western Canada."

Trimble reported its first quarter earnings on April 28. Revenues for the company’s Field Solutions segment, which provides precision farming technology, came in at $106 million. This represents an 8% drop vs. the first quarter of 2015. Total revenues were flat for the quarter at $583 million. 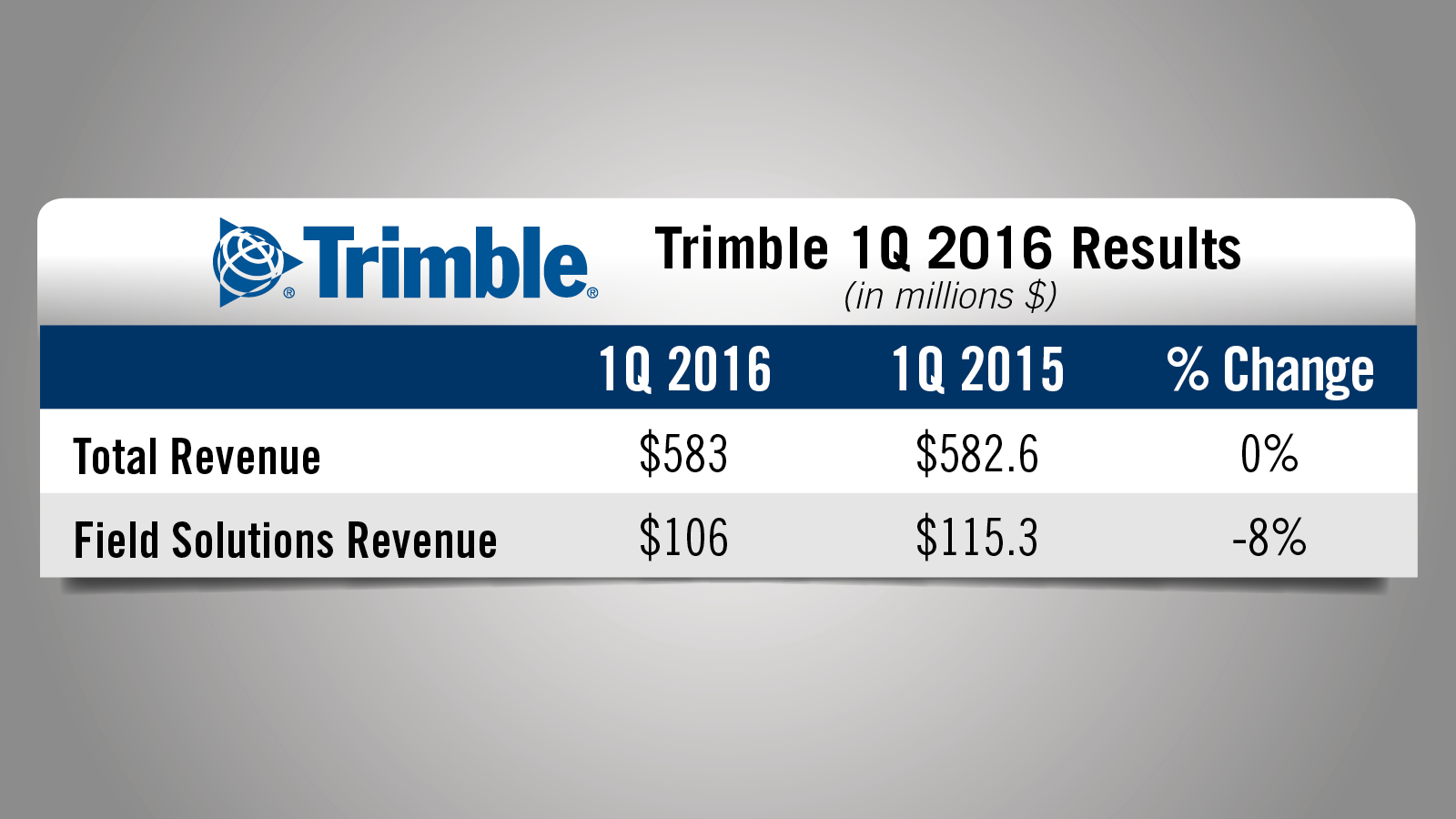 Trimble CEO Steve Berglund says while the ag segment was down for the first quarter as expected, their view for the rest of the year is for relatively flat sales consistent with last year’s revenue. He adds this may contrast with equipment manufacturers’ views , but it’s the result of new products, strong performance in some regional markets and expected actions in the aftermarket. He says there are dynamics at work for Trimble that contrast to a simple correlation to new equipment sales. For example the number of aftermarket units installed worldwide on equipment more than 2 years old is running at over 50% of the total, and a substantial portion are going on units over 5 years old.

The horse-drawn McCormick-Deering No. 7 Hillside harvester-thresher, first built in 1925, had a leveling device on the outer wheel that could be changed at any time as required. The header was free to pivot to accommodate the varying slopes. The machine weighted in at 7,500 pounds and could be operated by two people. The machine could also be adjusted to be pulled by a crawler tractor.