In today’s newscast, we examine the lawsuit the Assn. of Equipment Manufacturers and the major OEMs have filed to stop the North Dakota “Dealer Bill of Rights” law from going into effect, Krone’s decision to cancel its plans to relocate its headquarters, the unique challenges of remarketing precision farming equipment and the latest earnings reports from Rocky Mountain Equipment and Alamo Group.

AGCO, CNH Industrial, Deere & Co. and Kubota, along with the Assn. of Equipment Manufacturers, have filed suit to block a North Dakota dealer protection bill that became state law on Aug. 1. The manufacturers also filed for an injunction, which the judge has not yet made a determination on.

In the 63-page complaint the major OEMs and AEM say, “Senate Bill 2289 creates arguably the most restrictive dealership law in the entire country. Both individually and in combination, the provisions of Senate Bill 2289 impose unprecedented restrictions on the ability of farm equipment manufacturers to enforce new and existing contracts with dealers, to maintain their federally protected trademark rights, to enforce dealership appearance and performance standards, and to monitor or prevent warranty and incentive payment fraud.”

In a note to the dealers who are members of the North Dakota Implement Dealers Assn., which introduced the bill, Matthew Larsgaard, president/CEO, said, “This type of manufacturer initiated lawsuit is not a new concept. We have seen both automobile and farm equipment manufacturers sue several states on the East Coast with similar arguments regarding the ‘constitutionality’ of state dealer franchise laws. In every case, the courts ruled in favor of the dealers.”

Vernon Schmidt, executive vice president of the Farm Equipment Manufacturers Assn., says the organization continues to stand in support of independent dealers on this issue. He says, “We believe every independent dealer should be free to select the equipment that best meets the needs of local customers and offers the dealership the best return on its investment. If dealers choose to offer only one brand of equipment, built to one design standard, and marketed globally, the decision to do so should be made by the local independent dealer without pressure from a major supplier or any legal action designed to remove competition from the market.

The Equipment Dealers Assn. is also still in the process of reviewing the challenges to determine the likelihood of success of each of the claims, as well as the possible implications for dealer protection laws in other states, says Natalie Higgins, vice president of government relations and general counsel for EDA.
Larsgaard adds that the association did not let the possibility of litigation sway them from proposing the necessary dealer protection legislation. “We are going to do the right thing for North Dakota’s dealers and their farm customers … every time.”
Schmidt says he’s disappointed to see AEM’s legal action in North Dakota, which appears to support an absolute opposite view than FEMA’s regarding dealer purity and competition in the marketplace.

We’ll continue to bring you updates on this story as more details become available.

This week’s dealer on the move is Morris Equipment. Morris Inc., the parent company to Morris Equipment, plans to close all 4 of its equipment dealerships in South Dakota and Nebraska. The company will remain focused on its core business operations, which consist of aggregate crushing, asphalt mix production and laydown, redi-mix concrete, site utilities, site work, all aspects of highway heavy construction and ag irrigation services, says CEO John Morris.

Spending last week in Omaha, Neb., for Farm Equipment’s Dealerships Minds Summit focused on remarketing used equipment, I thought about some of the challenges and opportunities dealers are seeing in this area on the precision side. With tighter farm incomes, being able to attract customers with affordable entry points into precision products has become more appealing for dealers. Applying lessons learned and shared by farm equipment dealers for remarketing used machinery is shaping the philosophy of Chris Winkelbauer, precision farming manager with Central Valley Co-op, based in York, Neb.

We caught up with Winkelbauer at this year’s Dealership Minds Summit to get his perspective on the co-op’s strategy and objectives with selling used precision systems.

“Up until the last couple of year here, our approach was to shy away from it, to be honest. And we could get away with it at that time. Guys were looking for the newer equipment and we moved them into that. Moving forward now, with the way things are, we’ve had to take some of that (used precision hardware) in on trade. So, what do we do with it? That’s kind of what we’re here and to get a better handle on do we try to put that online and move it our of our area? Do we move it into other growers in our area to at least get them a step in the door of seeing what the technology can do on their farm. I think there’s a lot left on the table that we’re not utilizing that used equipment to our advantage to at least get guys in the door, seeing a little bit about what it can do for them, so they don’t have to take that big jump right away.”

Winkelbauer added that more customers are looking for proven return on investment prior to making precision purchases and being able to prove that with older technology can lead to a long-term business relationship.

Last March, Krone had announced it was relocating its North American headquarters from Memphis, Tenn., to Shelbyville, Ind. At the time, Krone said Shelbyville offered a more central location and better access to the largest portion of Krone’s customer base. Construction had originally been set to start this past spring.

However, Krone has since canceled its relocation plans, citing the down economy that is driving a need to reprioritize Krone growth strategies. We spoke with Krone president and CEO Tommy Jones, and he says the decision reflects a change in strategic direction for the company.

“When you’re talking about making a large investment and you’ve got a down market and some political uncertainty, maybe building an office building is not our best investment right now. Maybe we should be investing in people and products. And that was really the decision, a change in direction from a new North America headquarters to investing in people and products. That decision may be different 5 or 10 years from now but in today’s climate, that seems like the best place for Krone to be investing their dollars … One of the things that we’ve talked about for awhile and this is still something that we need to think about is … we ship a lot of product from Germany to North America. And as we look at that when you think long-term, not 2 years but that 5-10 years, should we consider some manufacturing in North America?”

Jones stressed that while the row-crop side of the ag economy is starting to improve, hay and forage is still continuing to decline with no known end in sight.

Rocky Mountain Equipment, Canada’s largest Case IH dealer, released its second quarter earnings on Aug. 9. Total sales for the quarter increased by 2% to $237.2 million compared to the same period last year. The improvement was due to a $4.5 million increase in equipment sales. 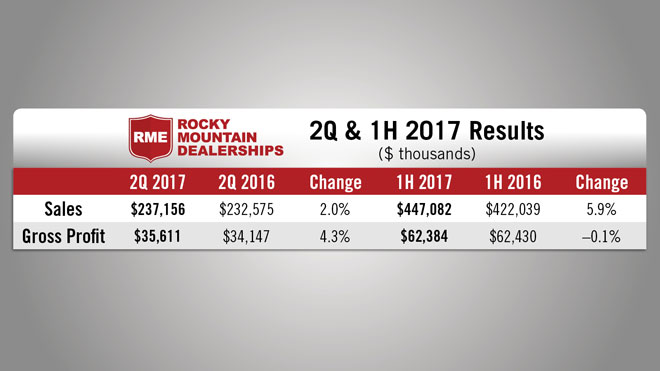 For the first 6 months of 2017 net sales in the Agricultural Division were $106 million compared to net sales of $100.5 million in the first half of the previous year, an increase of 5.5%. 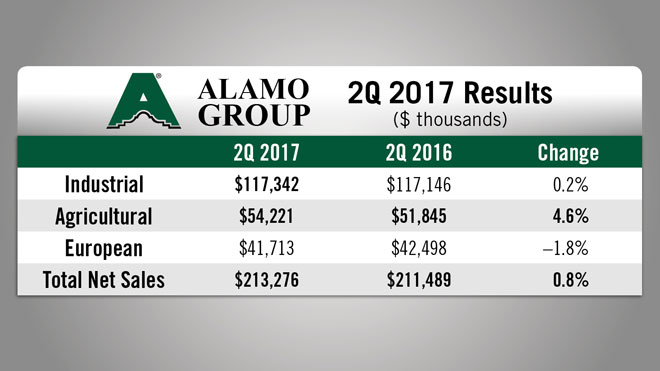 Commenting on the quarter, Alamo’s president and CEO Ron Robinson said, “The agricultural market, we believe is also showing some signs of bottoming out and moving in a more positive direction, but I think that will be next year before this is fully realized. But I think something’s contributing to that is that, I think dealer inventories are in better shape for us today for manufacturers, that will help manufacturers even this year and even more so next year, so I think incomes will start to move up next year.” 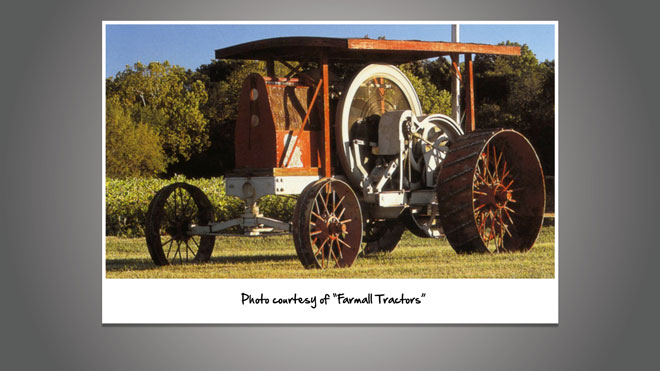