In today’s newscast, we look into AGCO’s announcement that it’s acquiring Precision Planting from The Climate Corp., the Challenger branded equipment will no longer be sold in Europe and the Middle East, John Deere Financial is now the No. 5 ag lender, and CNH Industrial and AGCO’s second quarter earnings.

This is the most significant acquisition AGCO has made in the last decade, as it will likely make waves in the market and AGCO will now have an entry point into the high-speed planter market.

Greg Peterson, director of investor relations at AGCO, anticipates the deal will be finalized during the third quarter. He stresses that in the short term, nothing will change in terms of the distribution network. In addition, Precision Planting equipment will still be available for other brands of planting equipment.

Peterson says that as time goes on, AGCO will increase distribution of Precision Planting products, particularly outside of the U.S.

Nathan Zimmerman, precision farming manager with A.C. McCartney an AGCO dealership in Mount Sterling, Ill., says the acquisition will have a positive impact on their service business.

“We’ve been Precision dealers for about a year, but we expect our service side will grow quite a bit more now. We’re required to stock Precision parts and going forward, I see us as having an advantage over some of those dealers who don’t stock as much inventory in addition to us having the manufacturer support under the AGCO umbrella. As a dealership, I think this will position us well in the planter market moving forward, especially with new customers who maybe weren’t necessarily AGCO customers.”

However, he goes on to say that it’s still too early to tell if the deal will even be approved.

AGCO also announced this week that it is dropping its Challenger brand of ag equipment in Europe and the Middle East. Those products will be folded into the company’s Fendt line, which will be strengthened with the adoption of sprayers and tracked tractors formerly sold under the Challenger name. 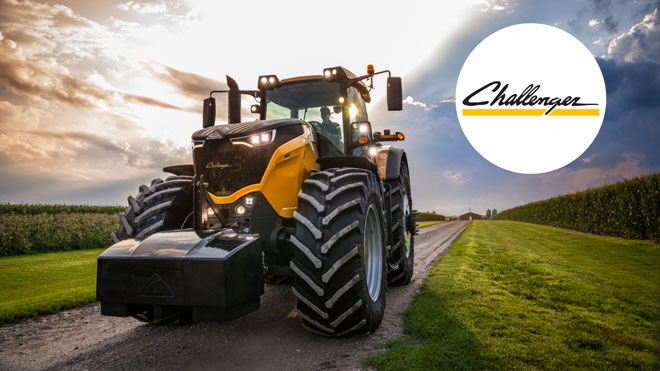 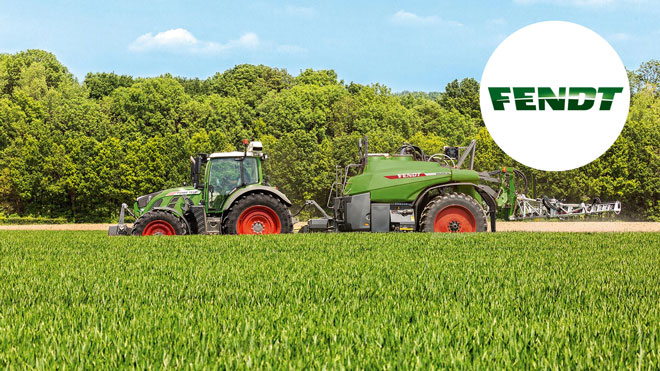 Challenger products will continue to be sold through the AGCO network in North America, South America, and Asia-Pacific and Africa regions.

While Massey Ferguson is AGCO’s volume brand in Europe, it has been limited to the track tractors, and more recently, self-propelled and trailed sprayers.

Fendt, on the other hand, has gone from being a tractor specialist to a brand with combines, a forage harvester and — starting this year — a full set of hay tools that will gain baler and forage wagon products from AGCO’s acquisition of Lely’s grass line earlier this year.

This week’s Dealer on the Move is Kibble Equipment.

So what will the partnership mean for dealers? We caught up with Stark at this week’s InfoAg event in St. Louis to discuss the opportunity and impact the integration will have on the company’s retailers.

“It will streamline things a lot better for them because what happens is you eliminate the USB drive. So a lot of dealers are still downloading data from these displays via USB and anyone who has done that process knows it takes a long time to extract data from a USB. So a dealership will really thrive on this because, hey, they are supporting all kinds of displays out in the field. So that API, all they have to do is set up a Trimble account, set up the API wireless flow and hit a button.”

Telematic services continue to be an evolving source of revenue for dealers, and looking at data from the 2017 Precision Farming Dealer benchmark study, nearly 59% of respondents said they offer remote service to farm customers and 51% viewed data management services as the most important source of precision revenue growth during the next 5 years.

All the major farm equipment OEMs have a financing arm to their operations, but Deere & Co. has extended is financing to include more than just equipment. The manufacturer now provides short-term credit for consumables like seed, chemicals and fertilizer. And, The Wall Street Journal reported on July 19, that Deere is now the No. 5 agricultural lender behind Wells Fargo, Rabobank, Bank of the West and Bank of America, according to the American Bankers Assn.

According to the report, farmers’ short-term credit accounts are up 38% since the end of 2015. As of early this year, Deere Financial had lent $2.2 billion, not far behind the No. 4 ag lender Bank of America, which has lent $2.6 billion. 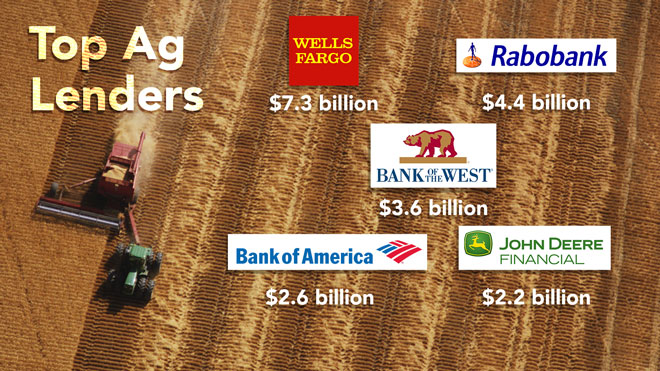 During the first half of 2017, the volume of loans for farm operations dropped by 7% from a year earlier, according to the Federal Reserve Bank of Kansas City. While bank loans are down, Deere has expanded its financing reach. The financing arm of the company accounted for a third of its net income in fiscal 2016, up from 16% in 2013, reports the Wall Street Journal.

CNH Industrial released its second quarter earnings on July 26. Revenue for the quarter was $6.9 billion, up about 3% vs. the same quarter last year. For the first half of the year, revenues are up 4.2% at $12.1billion. 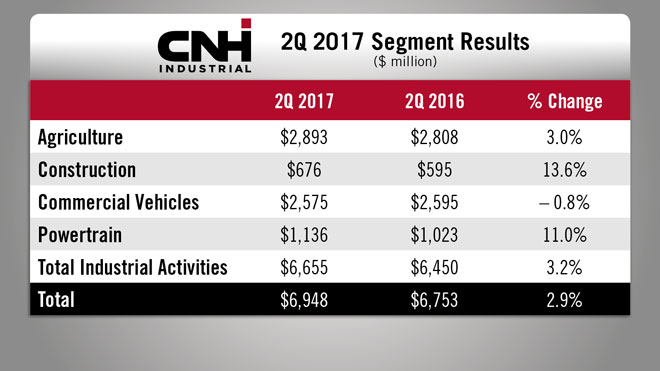 Michael Shlisky, analyst with Seaport Global, said in a note to investors, “Most of the key segment drivers played out as expected; in Ag, strong volumes in LATAM were offset by weaker conditions in NAFTA.” 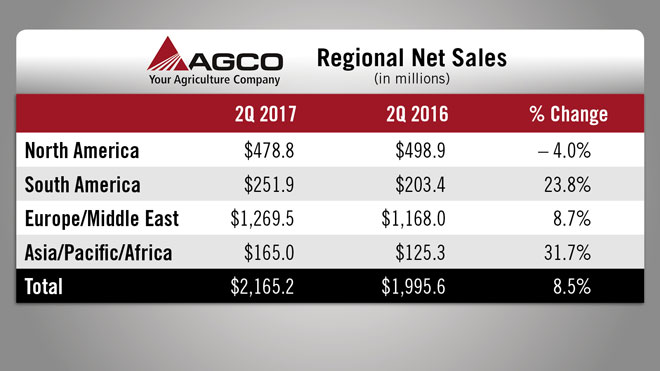 Regionally, North American sales were down 4% for the quarter vs. 2016 at $478.8 million. Sales declines were most significant in hay tools and GSI grain equipment. These declines were partially offset by increased sales of mid-range and high horsepower tractors.

South American and Asia/Pacific/Africa sales both saw double-digit growth at 23.8% and 31.7%, respectively. Significant sales increases in Brazil and Argentina produced most of the growth. Second quarter sales for Europe/Middle East were up 8.7%.

McFarlane Manufacturing celebrates its 100th anniversary this year and its roots are based in the Wisconsin Tractor Co., which Earl McFarlane started in 1917. Here’s Earl’s grandson, Dick McFarlane with more details on the company’s early tractors.